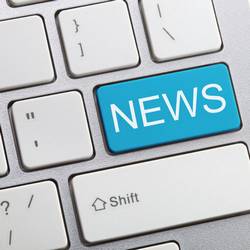 The Tamil Nadu Government Servants’ Family Benefit Fund Scheme, subsequently renamed as Tamil Nadu Government Servants’ Family Security Fund Scheme was launched with effect from 1-1-1974, as a self insurance scheme without involving Life Insurance Corporation of India to support the family of Government employees including those in temporary and non-pensionable service, persons in foreign service and on deputation (menials paid from contingencies) and persons borne on provincialised work-charged establishments and All India Service Officers belong to Tamil Nadu cadre, who die in harness. The subscriber’s contribution under the scheme was initially fixed at Rs.10/- p.m. deducted from the pay bill. The lumpsum amount payable in the case of death of the subscribers while in service was fixed at Rs.10,000/-

3. The Hon’ble Chief Minister of Tamil Nadu has made an announcement under Rule 110 of Tamil Nadu Legislative Assembly Rules on 19-02-2016 to enhance the lumpsum amount payable under the above scheme to Rs.3,00,000/- and to deduct Rs.60/- per month towards subscription from the salary of the Government employees.

(i) The lumpsum amount payable under Tamil Nadu Government Servants’ Family Security Fund Scheme shall be enhanced to Rs.3,00,000/- This shall take effect from 1-2-2016.

(ii) The employees contribution under this scheme shall be enhanced to Rs.60/- p.m with effect from February 2016 and this nominal deduction of Rs.60/- p.m. will continue till the superannuation of the Government Servants.