7th Pay Commission Defence Pay Calculator as per the methods recommended by the Commission in its report submitted to Govt on 19.11.2015 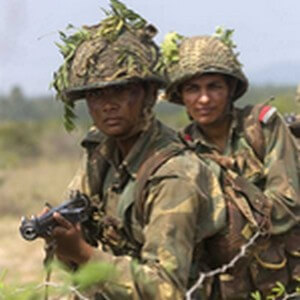 1. Defence Personnel who are in receipt of X-Pay can calculate their 7CPC Group X Pay.

2. Defence Medical Doctors who are granted with NPA can also use this calculator now as revised NPA of 20% proposed by 7th Pay Commission can be calculated now using this online tool.

3. Military Nursing Service (MNS) Defence Personnel can use this online now as we have incorporated their Pay Matrix also

ii. X pay for JCOs/ORs in Group X at ₹3,600 per month (standard fitment of 2.57 on the existing X pay of ₹1,400), for those currently in X pay, but not having a technical qualification recognised by AICTE.

7th Pay Commission has recommended that Defence Medical Doctors will be entitled to NPA of 20% calculated on 7CPC Basic Pay. Presently NPA is paid at the rate of 25% of Basic Pay.

NPA and MSP is not a pay for the purpose of HRA:

7th Pay Commission has observed that NPA and MST should not be taken in to account while calculating HRA. Presently, for the purpose of arriving at HRA, NPA and MSP are added with Basic Pay.

An identical fitment of 2.57 has also been applied to the existing rates of Military Service Pay (MSP), applicable to defence forces personnel only.

Pay Fixation would be made by fixing the pay from the existing pay level to next pay level by moving horizontally. As far as pay fixation for annual increment is concerned, next available pay vertically in the same level will be taken.

The fitment factor of 2.57 is being applied uniformly to all employees.

It includes a factor of 2.25 to account for DA neutralisation, assuming that the rate of Dearness Allowance would be 125 percent at the time of implementation of the new pay as on 01.01.2016.

The actual raise/fitment being recommended by the Commission is 14.29 percent.
Step 1: Identify Basic Pay (Pay in the pay band plus Grade Pay) drawn by an employee as on the date of implementation. This figure is ‘A’.

Step 3: The figure so arrived at, i.e., ‘B’ or the next higher figure closest to it in the Level assigned to his/her grade pay, will be the new pay in the new pay matrix. In case the value of‘B’ is less than the starting pay of the Level, then the pay will be equal to the starting pay of that level.
Checkout this link for more details on 7th Pay Commission Pay Fixation Methods

2. Enter your present pay in pay band, which will be the applicable 6CPC Pay as on 01.01.2016.  Do not include Grade Pay here as the tool would take care of the same.

5. Select the city in which you are posted for determining New TA

6. Click Calculate Button. Now New 7CPC Pay and Salary Benefit out of 7CPC wil be displayed in the 7CPC pay and allowance Table.

7. Click Show Entry Form Button to get the 6CPC Pay entry form back in the screen for using the calculator again.

We request Readers to share this article to your friends and colleagues using Facebook or Google+ share buttons given below.  This online tool will also be very useful to them in calculating their 7CPC pay and allowances
[DDET Click here for Pay Matrix for Defence Personnel]