Railways Senior Citizens Welfare Society has made a representation to the Hon’ble PM regarding Revision of Pension of Pre 2006 Pensioners. 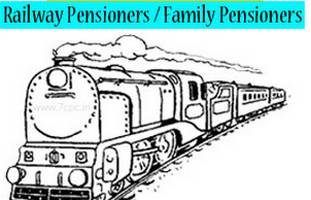 Subject: Revision of Pension of Pre 2006 Pensioners – Reg: minimum pension for Pre-2006 Pensioners who retired from posts where pay scales have been merged/upgraded

We seek your benign intervention in the following matter of serious injustice with a section of Pre-2006 Central Government Pensioners:

1. Sixth Pay Commission recommended for “Modified Parity” between Pre-2006 & post-2006 Pensioners. Its Recommendations were accepted by the Cabinet vide Resolution dated 29-8-08 cited above, which inter-alia provided that “The fixation (of Pension) ………. will be subject to the provision that the revised pension, in no case, shall be lower than 50% of the sum of the minimum of the pay in the pay band and the grade pay thereon corresponding to the pre-revised pay scale from which the pensioner had retired.” DOP&PW issued the orders thereon vide OM dated 1-9-08.

2. Later on, DOP&PW made changes in the above said orders (vide Para 5 of OM dated 11-2-09 cited above) & inter-alia laid down the condition that “benefit of up-gradation of posts subsequent to their retirement would not be admissible to the pre-2006 pensioners in this regard.”

3. The above said condition changed the very nature and content of the decision of the Cabinet notified vide Gazette Notification dated 29-8-2008 as the said Resolution did not provide for it.

4. All SLPs of the Government in this regard, against the judgements of the CAT and High Courts, had been conclusively been rejected by the Apex Court vide its judgement dated 17-3-15.

6. The order dated 30-7-15 only partially implemented the orders of the Courts and the orders are yet to be issued in respect of revision of Pension as per pay scales of merged/upgraded posts.

9. All the above said judgements have been conclusively upheld by the Supreme Court.