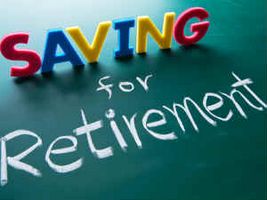 1. Govt’s NPS subscription increased to 14% of basic pay plus DA with effect from 1st April 2019 from the 10% . Hence, 24% of sum of Basic Pay and DA will be deposited in the NPS Account of Central Government Employees covered under this scheme. For more details checkout this link

2. The Lump Sum amount which can be withdrawn from NPS Maturity Value by the employee on retirement is totally exempted Income Tax as up to 60% of NPS Maturity value. Click here for Govt’s press release

In this background, GConnect has come up with an exclusive NPS Returns Calculator for Central Government Employees who are covered under National Pension System.

How to Calculate Dearness Allowance for Central Government Employees and Pensioners after implementation of 7th Pay Commission?

There are umpteen online NPS Calculators available including the one given by the NPS Trust itself which calculate NPS returns on the basis of static NPS contribution.

However, NPS Returns Calculator provided now by GConnect for Central Government Employees in unique as it takes in to account salary increase on yearly basis.

The tool provides for increase in NPS contribution at it happens actually based on yearly increase in Basic Pay as per 7th Pay Commission Pay Matrix and Dearness Allowance in order to provide more accurate estimate NPS Lump Sum Amount, NPS Annuity Fund and monthly pension on retirement.

How to use GConnect NPS Calculator ?

1. Select your present pay level in 7th Pay Commission Pay Matrix. Then the tool autmatically populates all the pay index in the particular level selected in the next drop down for selecting basic pay.

6. Select expected annual return on NPS Contribution (10% by Employee and 14% by Govt). As per fact sheets on NPS returns in respect of Central Government Employees NPS issued by National Pension System Trust (NPST) formed by NPS Regulating Authority (PFRDA), all the three NPS funds available for Central Government Employees have given average yearly return of more than 9% from 2008 to 2019.

7. Enter the Amount available in your NPS account as on date. The NPS Fund Balance in units is provided by NSDL, the record keeping agency for Central Government NPS. Login in to NSDL CRA website using your NPS PRAN Account and password to know your NPS fund balance in units. Balance units available will have to be multipled with NAV (net asset value) released by NPS Trust / PFRDA on daily basis

What is Annuity under NPS?

Disclaimer: Values estimated in the tool based on logical assumption only and in any way do not represent actual returns from NPS.  Users / Readers are advised to check financial statements issued by NPS authorities from time to time for accurate returns from NPS.