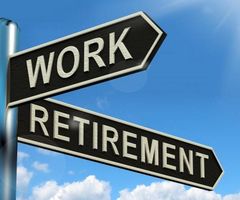 Punjab Finance Minister, Manpreet Badal announced in the state budget that the Retirement age for Punjab government employees reduced from 60 to 58 years

In a bid to boost jobs in the state, Punjab Finance Minister Manpreet Badal, while presenting the state budget, informed the Assembly that the retirement age of government employees has been reduced to 58 years.

He also announced 6% dearness allowance for the employees who would be released on March 1. The pay commission report will be implemented and has been accounted for in the budget, he said.

Badal also announced debt waiver for landless farm labourers and added that a sum of Rs 520 crore has been set aside for the same. The budget also earmarked Rs 13,092 crore for the education sector and Rs 4,675 crore for the health sector.

Badal presented a budget of Rs 1.54 lakh crore for fiscal 2020-21. This is the fourth budget of the Amarinder Singh-led government in the state.