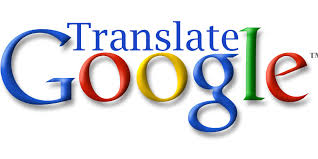 Don’t Use Google Translate – In the state too, it had served as a handy tool for many government employees for its time-saving and ease-of-use features. 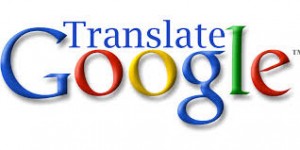 It’s official now. Google is not the answer to everything under the sun. Not, at least, in Maharashtra.

The BJP-led government in the state has barred its officers and employees from using Google’s popular translation tool for rendering official documents in other languages.

The ban, imposed through an official notification on Monday, comes in the wake of a major embarrassment to the state government over a faulty translation of a circular for imposing sedition charges.

The circular issued on August 27, 2015, had sparked a controversy owing to its conditions required for initiating action against a person under section 124 A of Indian Penal Code (IPC) which deals with sedition.

The Devendra Fadnavis-led government, which admitted to mistakes in the Marathi version, later withdrew the circular.

On Monday, the state Information Technology department issued a Government Resolution (GR) asking all the government departments not to use google translator facility — www.translate.google.com — for translation purpose.

“The concerned person will be held responsible for the content of the government resolution and circular uploaded on the government’s official website,” the GR pointed out.

It also said that the concerned person should be very careful while making changes or translating content of the government resolutions or circulars. Also, the same should be certified (by superiors) before uploading on the government website.

Though used by millions of users worldwide, Google’s tool is known to occasionally throw up incoherent answers, mainly due to literal translation of the words.

In the state too, it had served as a handy tool for many government employees for its time-saving and ease-of-use features.

Besides the bar, the government order has also decided to hold responsible the concerned officials for any mistake in the contents of government resolutions and circulars uploaded on the official website of the state henceforth.