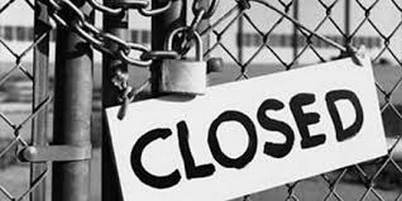 Centre Plans to Shut Seven PSU at ONE GO – The government is set to seek formal Cabinet approval for shutting down seven state-owned companies.

The government is set to seek formal Cabinet approval for shutting down seven state-owned companies, with their respective line ministries apparently agreed. This would be the first time that approvals for closing so many public sector undertakings (PSU) is being sought in one go.

These PSU are part of the larger list of 74-loss making state-owned units. Among them are likely to be Bird Jute and Exports, Hindustan Papers, Hindustan Photo Films, Tyre Corporation and Richardson & Cruddas.

However, a biggest surprise here is, Hindustan papers, Tamil Nadu state owned Tamil Nadu Papers Limited (TNPL) is running under huge profit and it is expanding its ongoing projects. Experts feel it is all based on the management, and most of the PSUs incur loss because of poor management.

The NITI Aayog had earlier given a list of eight PSU for closure to the government and the ministry of disinvestment, after deciding these were unfit for revival.  However, top sources said that in one case, the line ministry did not agree to the procedure and hinted at possible revival, due to which it has left out for now.

The remaining seven have been incurring heavy losses for at least three years. The line ministries will now prepare a detailed plan for its closure.

“Some of these companies have been discussed for quite some time. Instead of seeking separate approvals through a cabinet note for each, it has been decided to send a number of names for approvals in one go,” said a senior official. “The line ministries agree that these companies cannot be revived and need to be shut down.”

The detailed plan will include identification of assets to be liquidated and the compensation for employees. The Aayog had made two lists of sick PSUs, one comprising those that could be closed down and the other of those where the government could divest its stake.

It is also in the process of preparing a list of PSUs for strategic sale or privatisation. Finance Minister Arun Jaitley in his Budget 2016-17 speech had said the Aayog would identify such PSUs.

The government aims to collect Rs 56,500 crore through disinvestment in PSUs this financial year. Of this, Rs 36,000 crore is estimated to come from minority stake sale in PSUs and the remaining Rs 20,500 crore from strategic sale in both profitable and loss-making companies.