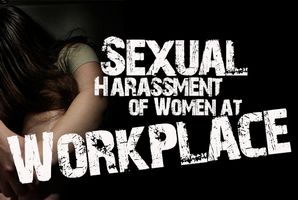 Consequent to the enactment of the ‘Sexual Harassment of Women at Workplace (Prevention,Prohibition and Redressal) Act, 2013, this Department is considering issuing instructions for the grant of leave to the aggrieved woman during pendency of inquiry up to a period of three months in addition to the leave which she is otherwise entitled to.

2. In this regard, it is proposed to insert/incorporate a new Rule in the CCS (Leave) Rules, 1972. The new rule may read as follows:
“Special Leave connected with inquiry on sexual harassment – Leave up to a maximum of 90 days may be granted to an aggrieved female Government Servant on the recommendation of the Internal Committee or the Local Committee, as the case may be, during the pendency of inquiry under Sexual Harassment of Women at Workplace (Prevention, Prohibition and Redressal) Act,2013.

(2) The leave so granted to the aggrieved woman under this rule shall not be debited against the leave account.”