Instructions issued by Govt from time to time envisages that Central Government Employees will have to travel only by Air India by purchasing LTC 80 tickets, when they availAir under Leave Travel concession. 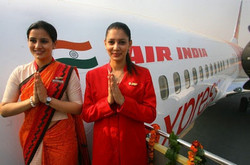 Govt has also issued instructions regarding eligibility for reimbursement of Private Air tickets fare other than Air India LTC 80 Tickets, in certain circumstances such as non-availablity of Air India flights, tickets etc.

Click here to read:Permission for Travel by Air for Official and LTC purpose in private airlines

The Latest Air India LTC 80 Fare with effect from March 2017 along with Air India’s conditions for booking air tickets under LTC concession.