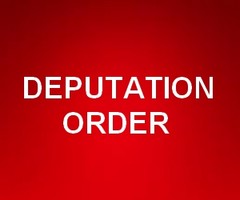 Implications of overstay while on deputation – DOT Instructions to ITS Officers dated 14.08.2020

Subject: Implications of overstay while on deputation – regarding.

It has been come to the notice that even though the period of deputation is specified on the orders placing the officer on deputation to various Ministries/Departments, many ITS officers are not reporting back to the parent Department in time. These cases of overstay has been looked seriously by the competent authority.

2. In this regard attention is invited to Department of Personnel and Training OM No.AB.14017/30/2006-Estt.(RR) dated 29th November, 2006 and OM No.6/8/2009-Estt.(Pay- II) dated 18 March, 2011 which states that the officers on deputation would be deemed to have been relieved on the date of expiry of the deputation period unless the competent authority has with requisite approvals, extended the period of deputation, in writing, prior to the date of its expiry.

3. The instructions further stipulate that in the event of the officer overstaying for any reason whatsoever, he is liable to disciplinary action and other adverse Civil/Service consequences.

4. The above instructions are hereby brought to the notice of all the ITS officers who are on deputation. Henceforth, no ex-post facto approval for regularization of overstay on deputation would be allowed and necessary action will be taken in terms of above referred instructions.

All the ITS officers