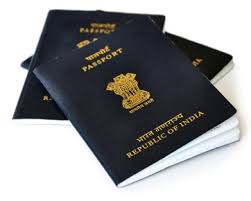 DoPT OM regarding grant of vigilance clearance for obtaining passport.

2. Ministry of External Affairs (MEA) has issued the guidelines for issuance of ordinary Passport to the Government servant vide O.M. No. VI/401/01/05/2014 dated 26.05.2015 in connection with procedures to be the followed in case of passport to be issued to Government servant.

3. In view of the above, it is mandatory for the administrative Department/ Controlling Authority to check whether any provision of the Section 6(2) of the Passport Act, 1967 are attracted in the case of employee, who are working under them, while obtaining Indian Passport. As such, it is required to check the vigilance clearance of such Government servant.

4. Accordingly, it has been decided that vigilance clearance can be withheld only under the following circumstances:

(i) The officer is under suspension;

(ii) A charge sheet has been issued against the officer in a disciplinary proceeding and the proceeding is pending.

(iii) Charge sheet has been filed in a Court by the investigating Agency in a criminal case and the case is pending.

(iv) Sanction for investigation or prosecution has been granted by the Competent Authority in a case under the PC Act or any other criminal matter.

(v) An FIR has been filed or a case has been registered by any Government entity against the officer, after a preliminary fact finding inquiry.

(vi) The officer is involved in a trap/ raid case on charges of corruption and investigation is pending.

5. Vigilance clearance shall not be withheld due to an FIR filed on the basis of a private complaint unless a charge-sheet has been filed by the investigating agency provided that there are no directions to the contrary by a competent court of law.

However, the information regarding FIR may be provided to the Passport Office. The final decision will be taken by the concerned Passport Issuing Authority.

6. There may be situations wherein wards and relatives of the civil servants residing abroad (for education and other purposes) could be having medical emergencies or family events. The officer himself/ herself may require to visit abroad for medical reasons. Therefore, as a policy, ordinarily, a passport will not be granted if a disciplinary proceeding is pending against the officer. However, the competent authority can take a view wherein a foreign travel is necessitated due to extreme urgent situation like medical emergencies etc. on case to case basis.

7. All Ministries/ Departments/Offices are requested to bring the above guidelines to the notice of all Disciplinary Authorities under their control.