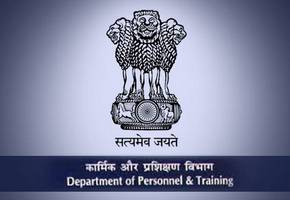 Sub: Recovery of wrongful / excess payments made to Government servants.

The undersigned is directed to refer to this Department’s OM No.18/26/2011-Estt (Pay-I) dated 6th February, 2014 wherein certain instructions have been issued to deal with the issue of recovery of wrongful / excess payments made to Government servants in view of the law declared by Courts, particularly, in the case of Chandi Prasad Uniyal And Ors. vs. State of Uttarakhand And ors., 2012 AIR SCW 4 742, (2012) 8 SCC 417. Para 3(iv) of the OM inter-alia provides that recovery should be made in all cases of overpayment barring few exceptions of extreme hardships.

2. The issue has subsequently come up for consideration before the Hon’ble Supreme Court in the case of State of Punjab & Ors vs Rafiq Masih (White Washer) etc in CA No.1152 7 of 2014 (Arising out of SLP(C) No.11684 of 2012) wherein Hon’ble Court on 18.12.2014 decided a bunch of cases in which monetary benefits were given to employees in excess of their entitlement due to unintentional mistakes committed by the concerned competent authorities, in determining the emoluments payable to them, and the employees were not guilty of furnishing any incorrect information / misrepresentation fraud, which had led the concerned competent authorities to commit the mistake of making the higher payment to the employees. The employees were as innocent as their employers in the wrongful determination of their inflated emoluments. The Hon’ble Supreme Court in its judgment dated 18th December, 2014 ibid has, inter-alia, observed as under:

“7. Having examined a number of judgments rendered by this Court, we are of the view, that orders passed by the employer seeking recovery of monetary benefits wrongly extended to employees, can only be interfered with, in cases where such recovery would result in a hardship of a nature, which would far outweigh, the equitable balance of the employer’s right to recover. In other words, interference would be called for, only in such cases where, it would be iniquitous to recover the payment made. In order to ascertain the parameters of the above consideration, and the test to be applied, reference needs to be made to situations when this Court exempted employees from such recovery, even in exercise of its jurisdiction under Article 142 of the Constitution of India. Repeated exercise of such power, “for doing complete justice in any cause would establish that the recovery being effected was iniquitous, and therefore, arbitrary. And accordingly, the interference at the hands of this Court.”

“10. In view of the aforestated constitutional mandate, equity and good conscience, in the matter of livelihood of the people of this country, has to be the basis of all governmental actions. An action of the State, ordering a recovery from an employee, would be in order, so long as it is not rendered iniquitous to the extent, that the action of recovery would be more unfair, more wrongful, more improper, and more unwarranted, than the corresponding right of the employer, to recover the amount. Or in other words, till such time as the recovery would have a harsh and arbitrary effect on the employee, it would be permissible in law. Orders passed in given situations repeatedly, even in exercise of the power vested in this Court under Article 142 of the Constitution of India, will disclose the parameters of the realm of an action of recovery (of an excess amount paid to an employee) which would breach the obligations of the State, to citizens of this country, and render the action arbitrary, and therefore, violative of the mandate contained in Article 14 of the Constitution of India.”

3. The issue that was required to be adjudicated by the Hon’ble Supreme Court was whether all the private respondents, against whom an order-of recovery (of the excess amount) has been made, should be exempted in law, from the reimbursement of the same to the employer. For the applicability of the instant order, and the conclusions recorded by them thereinafter, the ingredients depicted in paras 2& 3 of the judgment are essentially indispensable.

4. The Hon’ble Supreme Court while observing that it is not possible to postulate all situations of hardship which would govern employees on the issue of recovery, where payments have mistakenly been made by the employer, in excess of their entitlement has summarized the following few situations, wherein recoveries by the employers would be impermissible in law:-

(i) Recovery from employees belonging to Class-III and Class-IV service (or Group ‘C’ and Group ‘D’ service).

(ii) Recovery from retired employees, or employees who are due to retire within one year, of the order of recovery.

(iii) Recovery from employees, when the excess payment has been made for a period in excess of five years, before the order of recovery is issued.

(v) In any other case, where the Court arrives at the conclusion, that recovery if made from the employee, would be iniquitous or harsh or arbitrary to such an extent, as would far outweigh the equitable balance of the employer’s right to recover.

5. The matter has, consequently, been examined in consultation with the Department of Expenditure and the Department of Legal Affairs. The Ministries / Departments are advised to deal with the issue of wrongful / excess payments made to Government servants in accordance with above decision of the Hon’ble Supreme Court in CA No.11527 of 2014 (arising out of SLP (C) No.11684 of 2012) in State of Punjab and others etc vs Rafiq Masih (White Washer) etc. However, wherever the waiver of recovery in the above-mentioned situations is considered, the same may be allowed with the express approval of Department of Expenditure in terms of this Department’s OM No.18/26/2011-Estt (Pay-I) dated 6th February, 2014.

6. In so far as persons serving in the Indian Audit and Accounts Department are concerned, these orders are issued with the concurrence of the Comptroller and Auditor General of India.