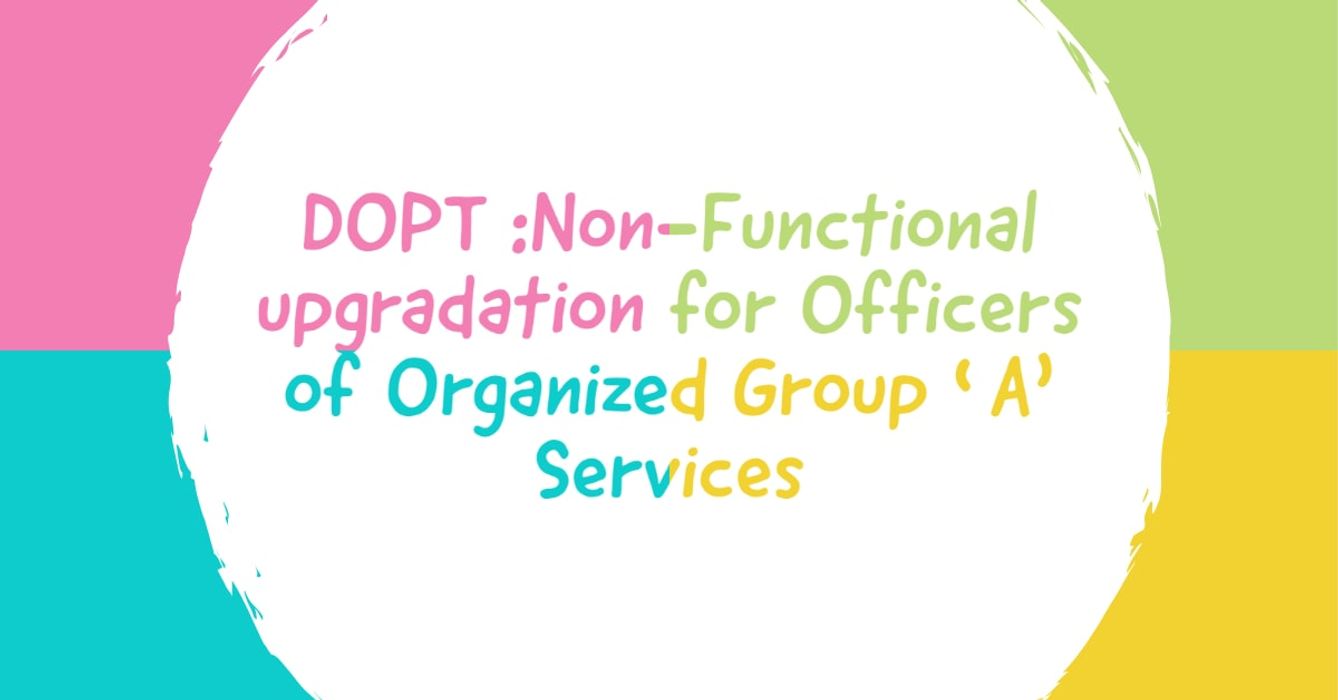 No. AB.1401 7/30/2011-Estt.(RR)Vol.III
Government of India
Ministry of Personnel, Public Grievances and Pensions
Department of Personnel and Training

Subject:- Non-Functional upgradation for Officers of Organized Group ‘A’ Services.

In terms of para 1(iv) of this Department OM No.AB.1 4017/64/2008- Estt.(RR) dated 24.04.09, regarding Non-Functional Upgradation for officers of Organised Group ‘A’ Services (OGAS), the details of batch of the officers belonging to the Indian Administrative Service who have been posted at the Centre in various grades were issued from time to time.

2. The details of the batch of IAS officers posted in the Centre in the grades of Deputy Secretary and Director as well as the date of posting of the first officer belonging to the respective batches in 2022 are indicated in the table below:

3. Grant of higher pay scale under Non-Functional Upgradation is subject to the terms and conditions provided in Annex-I to OM dated 24.4.2009. Para 3 of the Annex-I states that all the prescribed eligibility criteria and promotional norms including ‘benchmark’ for up-gradation to a particular grade pay , have to be met, at the time of screening.

4. Therefore, officers belonging to OGAS, who have not been granted promotion in the above grades but have completed the necessary residency period in their respective feeder grades as on the crucial date of eligibility for promotion to these grades and are at least two batches senior to the batch of the IAS officers mentioned in the table below Para 2, shall be eligible to be considered for grant of NFU to Level- 12 or Level-13 of Pay matrix , as the case may be, with effect from the dates mentioned above.

(J. Sriram Murty)
Under Secretary to Government of India