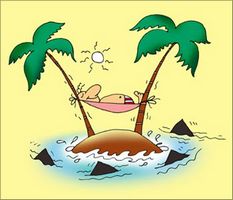 Sub: Encashment of Earned Leave to be granted to officers appointed on contract in various posts under the Central Government – reg.

The undersigned is directed to state that matter regarding allowing leave encashment, on termination of contract, to such officers who are appointed on contract basis after retirement; even within two years has been considered in consultation with Department of Expenditure. It has now been decided that encashment of Earned Leave will be allowed to retired officers, appointed on contract basis after retirement even within the first two years, subject to the condition that the total number of days for which encashment is allowed on termination of contract together with the number of days of Earned Leave or Full Pay Leave for which encashment had already been allowed in previous appointments under the Government shall not exceed 300 days. The O.M. No.12016/2/99-Estt.(L) dated 12th July, 1999, stands modified to the extent mentioned above.

2. These orders take effect from the date of issue.

3. So far as persons serving in the Indian Audit & Accounts Departments are concerned, these orders are being issued after consultation with the C&AG of India.

(Zoya C. B.)
Under Secretary to the Government of India