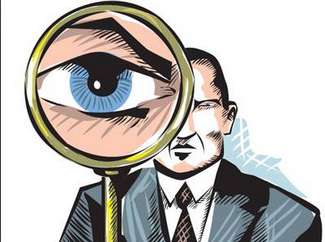 Declaration of Assets and Liabilities under Lokpal – Filing Returns before 15th April, 2016 – DOPT OM in respect of all Group A, Group B and Group C Central Government Employees and PSU Employees

As per section 44 of the Lokpal and Lokayuktas Act, 2013 all Central Government Employees and PSU Employees have to declare Assets and Liabilities in the name of Self, Spouse and Children in the prescribed format. Though the original Act was enacted in 2013, the last date for filing this return under Lokpal was extended many times. As on date, the last date for filing the Assets and Liability Return under Lokpal is 15.04.2016.

The present OM dated 28.03.2016 issued by DOPT states that there will be no more extension of last date as far as filing of Return under Lokpal is concerned.

The undersigned is directed to refer to this Department’s O.M. of even number dated 11th October, 2015 on the subject mentioned above whereby it was informed that the last date of furnishing of information relating to assets and liabilities by public servants under section 44 of the Lokpal and Lokayuktas Act, 2013 was extended upto 15.04.2016.
2. In this regard, it is stated that there shall be no further extension of the aforesaid last date i.e. 15.04.2016.
3. The formats to be used for submission of these returns to competent authorities have already been communicated to all concerned vide para-3 of OM of even number dated 18.03.2015. However, a copy of the same is enclosed for ready reference.

iv. The annual return for subsequent years as on 31st March every year should be filed on or before 31st July of that year.

(Jishnu Barua)
Joint Secretary to the Govt. of India