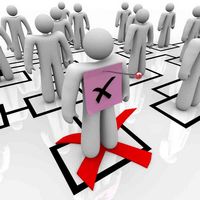 DoPT OM on Instructions on Sealed Cover when employee is acquitted.

Subject: Instructions on sealed cover procedure – where Government servant has been acquitted but appeal is contemplated/pending – clarification regarding.

The undersigned is directed to refer to this Department’s O.M. No. 22011/4/91-Estt.A dated 14.09.1992 issued in the light of the Judgement dated 27.08.1991 of the Hon’ble Supreme Court in the case of Union of India v/s K.V. Jankiraman etc. (AIR 1991 SC 2010). References have been received seeking clarification with regard to the course of action in cases where the Government servant is acquitted by trial court but an appeal against the judgment is either contemplated or has been filed. This issue has been examined in the light of various court judgements including Bank of India and another vs. Degala Suryanarayana, Appeal (Civil) 3053-54 of 1997, (1999) 5 SCC 762 in consultation with Department of Legal Affairs and it is clarified as following:

i. Where the recommendation of DPC has been kept in sealed cover solely on account of pendency of the criminal case, the sealed cover may be opened in case of acquittal of the Government servant provided it has not been stayed by a superior court.

iii. In case on appeal the Government servant stands convicted, following action will be taken:

a. The provisional promotion shall be deemed non est, and the Government servant shall stand reverted;

b. In case of the Government servant being sentenced to imprisonment exceeding 48 hours, he will be deemed to be under suspension in terms of rule 10(2)(b) from the date of conviction;

2. All Ministries/ Departments are requested to bring the aforesaid instructions to the notice of all concerned and take action accordingly.