7th Pay Commission – Centre on Defensive Mode – The central government is trying to balance out the burden of the 7th pay commission payout on the exchequer. 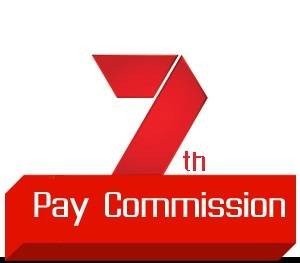 The Prime Minister’s Office is keenly awaiting the final touch up to the 7th Pay commission panel’s recommendations, and is keen that inflationary trends be kept in perspective while finalising the salary structure of the government employees.

The trade unions, while protesting the 7th Pay Panel’s recommendations, said that the proposed 7th Pay Commission hike was the lowest in many decades and not in sync with inflation.

The central government is trying to balance out the burden of the 7th pay commission payout on the exchequer. As per reports, though the salaries of the government employees will be paid in July as per the 7th Pay Commission recommendations, the arrears from January 2016, will be disbursed only August onwards.

The employees are anticipating at least Rs 24,000 take-home salary per month. In a meeting with the BJP’s labour wing Bharatiya Mazdoor Sangh, Jitendra Prasad, Union Minister of State for Personnel, Public Grievances, Pensions, had told the delegation that government would positively look into the demand of the central government employees. “The minister said we will consider the proposal of minimum pay of 24,000”, said Pawan Kumar, Regional Organizing Secretary.

The Bhartiya Mazdoor Sangh is the largest central trade union organization in India, and claims to have more than 10 million members.

The trade union also sought increase in the Multiplication Factor and changes in the HRA.

Other than the pressure of trade unions, the results of the Assembly election in five states, West Bengal, Assam, Tamil Nadu, Kerala, Pondicherry, are likely to have an influence on the final pay out.

The notification towards implementation of the 7th pay commission will be announced only after the result of the elections. If the mandate goes totally in favour of the Opposition, the government will be under greater pressure to keep the dissatisfaction related to salary hike in check.

The Govt went on back foot in previous policy decisions on the proposed EPF changes, and their subsequent rollback showed government in a bad light. Sources say the centre is keen not to repeat the same with the 7th pay commission Implementation.