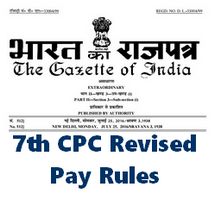 Explanation.- For the purpose of this rule, “arrears of pay” in relation to a Government servant, means the difference between-

(i) the aggregate of the pay and dearness allowance to which he is entitled on account of the revision of his pay under these rules for the period effective from the 1st day of January, 2016; and