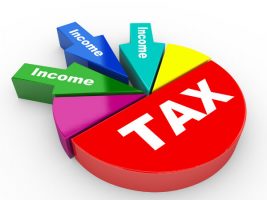 Presenting an agenda for the forthcoming Union Budget at a time when banks are flush with funds post-demonetisation, state-run SBI on Monday called for raising various income tax exemption limits to boost economic growth.

“Such giveaways will cost Rs 35,300 crore, but we expect this to be more than balanced by IDS-2 (Income Declaration Scheme) revenue and cancelled note liabilities of the Reserve Bank of India (RBI),” it said with reference to the recent demonetisation of Rs 1,000 and Rs 500 notes.

While the revenue forgone through exemptions would be over Rs 35,000 crore, tax collections under IDS-2 could be around Rs 50,000 crore and cancelled liabilities from the RBI is expected to be around Rs 75,000 crore, said SBI’s Chief Economic Advisor Soumya Kanti Ghosh and author of the report.

“So, we believe there is a need to raise the exemption limit to Rs 3 lakh. Due to such increase in limit, 75 lakh tax payers will be exempted from income tax,” the report pointed out.

Noting that challenges for Finance Minister Arun Jaitley’s forthcoming budget — his fourth — are more formidable than before, the report said.

It added: “There is no substitute to investment-led growth as opposed to consumption-led. A more prudent approach will be to select two-three high potential sectors for fiscal stimulus, agriculture being the most promising followed by the SME.”

Underlining that “the Government must shift its fiscal objective”, the SBI pegged the fiscal deficit target for 2017-18 at Rs 5.75 lakh crore, equivalent to 3.4 per cent of the country’s GDP.

TDS guidelines on payments made to VRS 2019 Optees