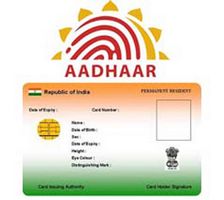 Please find enclosed herewith a copy of Office Memorandum. No. A­-12034/1/2017-Ad .I dated 31/03/2017 received from Ad.I Section, Ministry of Finance, Department of Expenditure on the subject cited above for information and compliance.

The undersigned is directed to forward herewith a copy of Ministry of Electronics & Information Technology O.M No.10(36)/2015- EG-II(Vol-V) dated 25.03.2017 on the subject mentioned above for information and compliance.

It has come to notice that there have been instances wherein personal identity or information of residents, including Aadhaar number and demographic information, and other sensitive personal data such as bank account details etc. collected by various Ministries/Departments, State Government Departments, in the administration of its various welfare schemes etc. has been reportedly published online and is accessible through an easy online search.

The said act of publishing identity information i.e. Aadhaar number along with demographic information such as name, date of birth, address etc. is in clear contravention of the provisions of the Aadhaar (Targeted Delivery of Financial and Other Subsidies, Benefits and Services) Act, 2016, more specifically Section 29 (2), Section 29 (3) and 29 (4) and constitutes an offence under Sections 37, 40 & 41 punishable with imprisonment upto 3 years.

In view of the above, it is hereby informed that any act of publishing personal identity or information i.e. Aadhaar number and demographic details alongwith personal sensitive information such as bank details, in contravention of the Aadhaar Act, 2016 and the Information Technology Act, 2000 may be refrained with immediate effect. Further, any such content already published and still appearing publicly may be discontinued with immediate effect.