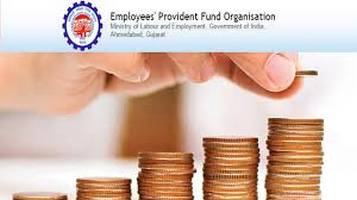 New Delhi: While taking stock of the performance of EPFO in the month of February 2016, Dr V.P. Joy, the newly appointed Central P.F. Commissioner, noted that for the period April 2015 to February 2016, EPFO settled 104.38 lakh claims. Out of these 40% were settled within 3 days and 78% within 10 days. 96% of the claims were settled within the stipulated 20 day period.

During the month, 211th meeting of the Central Board of Trustees, EPF was held at Chennai. The Board deliberated on the rate of interest for the financial year 2015-16 and recommended 8.80% interest on the PF balances in members’ accounts. Last year, the rate of interest was 8.75%.

A Simplified Pension Claim Form 10D (UAN) and single page Pension Payment Order (PPO) under the Employees’ Pension Scheme, 1995 was also unveiled by the Union Labour & Employment Minister (Independent charge) at the conclusion of the Board meeting. The single page PPO format is simple and more comprehensible to members / pensioners. This attempt is towards the rationalization and simplification of forms in line with the initiatives of the Government. At present, the simplified 10D-UAN claim form is meant to be used only by a member who has an activated Universal Account Number. Other pre-requisites are filing of details in Form 11(New), Aadhaar Number and Bank Account details in the UAN portal. The nominations with Aadhaar numbers should also be available in the UAN portal. Through this Form, service to a member can be done directly without any requirement of attestation by the employer. Both the simplified PPO format and claim form will be implemented from 01.04.2016.

In order to boost the process of seeding the Universal Account Number (UAN) with KYC (eg. PAN, bank account details, Aadhar) that enables enhanced services from EPFO, an “Incentive Scheme” has been launched for the employers. Under this scheme a claim refund of upto 10% of administrative charges payable to EPFO can be claimed upon completing specified tasks (furnishing member information and digitally authenticated KYC details). The Scheme shall be in operation for one year, beginning 1st January 2016 to 31st December, 2016.

The month of February 2016 saw EPFO redressing more than 20,000 grievances leaving only 3,083 grievances pending. This translates into 82% of these grievances remaining pending for less than 7 days.
Click to view the press release