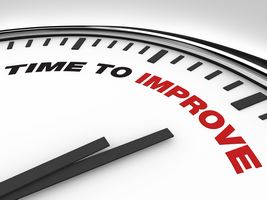 NFIR invites kind attention of the Railway Board to the provisions made in the Indian Railway Establishment Manual Vol. I (2009 Edition) – Para 171 (5) wherein it has been stipulated that the posts of Accounts Assistants in GP 4200/PB-2 will be filled by promotion of Jr. Accounts Assistants in GP 2800/- on completion of three years service in the Grade and on passing Appendix-ll Examination. The said para of the IREM is reproduced below:-

2. Further the Federation brings to the notice of Railway Board that vide provision contained in Para 215 (a) of IREM (Rules governing the promotion of Group ‘C’ Staff) – Section B/Chapter I, it has been laid down that for promotion within Group ‘C’, a minimum of 2 years service in the immediate lower Grade is necessary.

In view of the above, Federation proposes that the minimum residency period of three years for promotion of J AA to Accounts Assistants with the condition of passing Appendix 11 IREM Examination be reduced to two years for ensuring equitable justice to staff.

NFIR, therefore, requests the Railway Board to kindly consider the above points and amend the extant provision of 3 years residency period to two years as is in vogue in other than Accounts Department/which would enable appendix qualified staff to get promotion to the post of Accounts Assistant.

Federation may please be replied of action being taken on the above proposal.