We have come to know that Railway Ministry is going to close Five Railway Printing Presses. This move of Government is neither in favour of Staff of Railway nor to the Department. Thousands of employees working there will become jobless and expenditure of Stationery and other important documents to be published from Private Press will increase.

Hoping for a positive action. 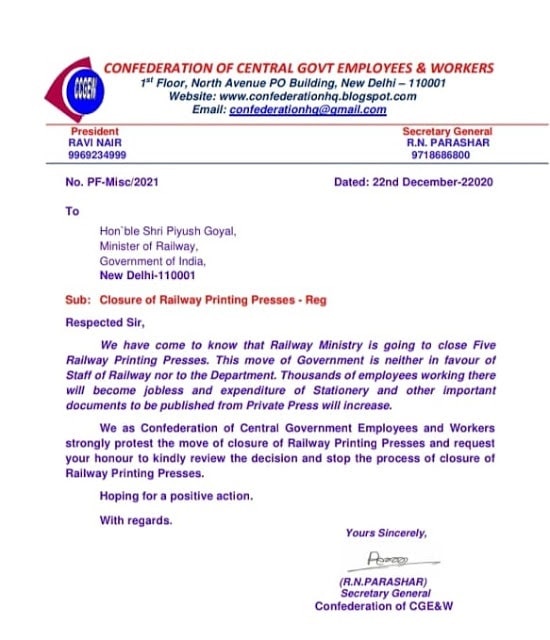