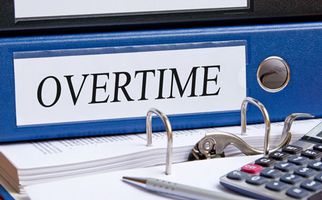 On Eastern Railway, the Jr. Engineers (AC) GP 4200/- (6th CPC)/Pay Level 6 (7th CPC) are deployed to man Rajdhani/Shatabdi Trains along with the team of staff for ensuring safe and efficient maintenance standards. Unfortunately, these JEs are denied payment of Over Time Allowance since the last over three months, while the staff work under them on running maintenance are granted Over Time Allowance.

In the above context, the General Manager (P), Eastern Railway has addressed a letter to Railway Board vide No. E. 740/0/Misc (Policy) dated 04/05/2017 seeking Railway Board’s approval for allowing payment of OTA to the Electrical JEs escorting the Rajdhani/Shatabdi Express Trains and discharging duties.

The Federation wants the Railway Board to appreciate that the role of Electrical JEs on Rajdhani/Shatabdi trains are not to be compared with other Supervisors so far as nature of duties are concerned as these JEs while discharging their duties of leading the team on Rajdhani/Shatabdi Trains, are always engaged and confined to their work under severe stress and tension to ensure safety, punctuality and efficient running and maintenance on the entire train formation to the comfort of passengers, thus they are not free to adjust their duties while on board, unlike those Supervisors who perform stationary duties. The CEE, Eastern Railway has also confirmed this view as mentioned in Eastern Railway’s letter dated 04th May 2017.

NFIR further states that the Board’s letter No. E(LL)70/HER/16 dated 04th January 1972 classifying Electrical Chargemen in scale Rs. 250-380 (AS) or above as Supervisor under HOER is not relevant to the category of Electrical JEs who perform duties on running trains i.e. Rajdhani and Shatabdi and whose duties are totally different to that of those Supervisors of GP 4200/Level 6 (7h CPC) performing duties in the Sheds/Depots.

NFIR, therefore, requests the Railway Board to accord approval for payment of OT Allowance to Electrical JEs escorting Rajdhani/Shatabdi Express Trains for ensuring running maintenance and accordingly issue instructions to the General Manager, Eastern Railway etc., to ensure payment of Over Time Allowance.

Ministry of Railways (Railway Board)

A doubt has been arisen regarding the entitlement of Overtime Allowance (OTA) to the category of Junior Engineers in GP Rs. 4200 (Level-6) working under Electrical Department deployed in Rajdhani/Shatabdi Exp. along with maintenance &. AC staff. The matter has been considered in consultation with Electrical Department of this Railway (CEE/ER), keeping in view the extant guidelines mentioned as under: –
a).In terms of extant provisions laid down in RS (Hours of work and period of rest) Rules, 2005, Railway servants classified as “Supervisors” and “Excluded” under Hours of Employment Regulations are holding a position of responsibility and are employed mainly in a supervisory character and comparatively free to adjust their hours of duty & work during such hours and are thus not entitled to overtime allowance.

b).As per Board’s letter no. E(LL)70/HER/16 dated 04/01/1972, the category of Electrical Chargeman in Rs. 250-380 (AS) or above, in-charge of electrical examination and maintenance units has been classified as ‘Supervisor’ under HOER.
2.However, the CEE/ER is of view that nature of the duty of an Electrical JEs, as escorting Supervisors, is in no way comparable to those who are working as such on stationary duties because while discharging the duties of leading the team in a train like Rajdhani/Shatabdi Exp, they are always engaged and confined with their work under severe stress and tension to run train maintaining safety, punctuality and requisite passengers’ comfort and thus, not free to adjust their duty hours while on board. Hence they should be entitled to “Single (BARE) Rate Overtime”.

3. As the issue involves pan Indian Railways implications, Board is requested to examine the entitlement to OTA to Electrical JEs deployed in Rajdhani/Shatabdi Exp. to be calculated’ as per Para 2(c) of RBE No. 29/2010 in its true perspective and communicate the decision in this regard.

This issues with the approval of CPO (Admn.) and Accounts and in consultation with associated Accounts.