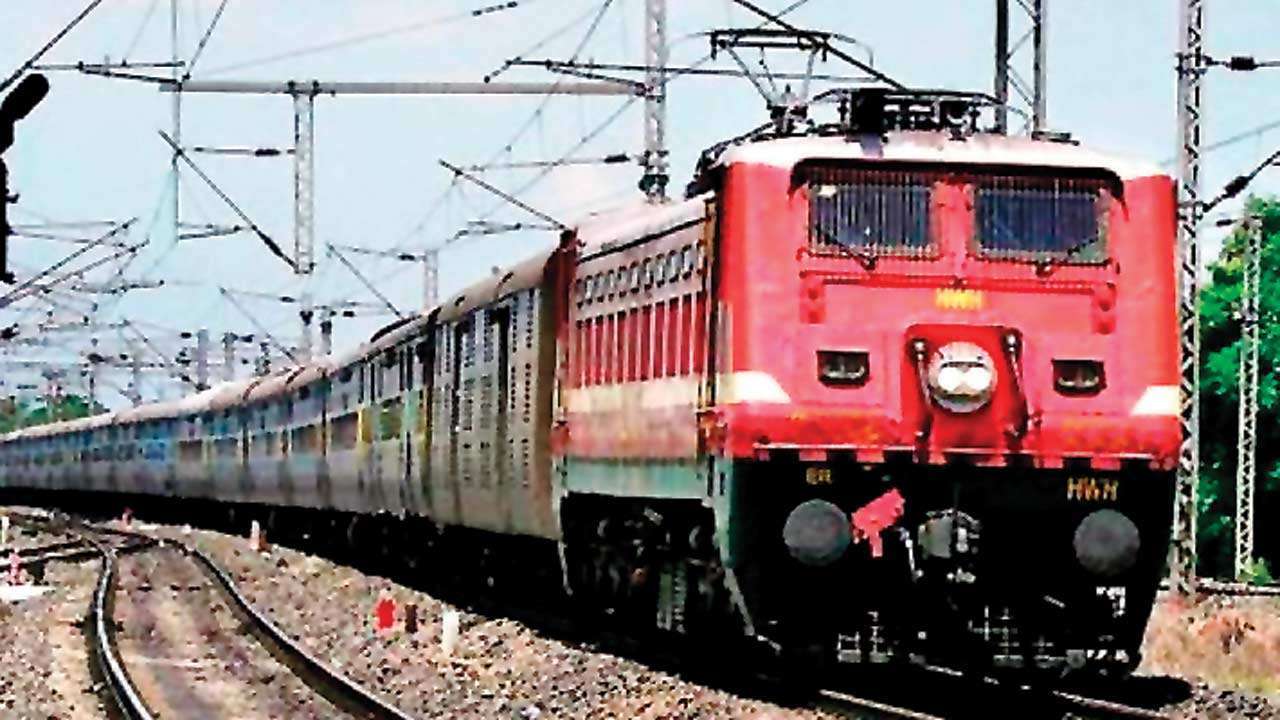 MINUTES
of
The PNM Meeting
between
Railway Board
and
All India Railwaymen’s Federation
held
on 24th & 25th JUNE, 2022

CRB & CEO as Chairman of the meeting addressed the gathering.

Chairman, Railway Board welcomed Dr. N. Kanniah, President/AIRF, Shri Shiva Gopal Mishra, General Secretary/AIRF, other representatives of AIRF and members of the Official Side to the PNM Meeting. Chairman, Railway Board congratulated all Railway employees for their hard work and dedication which has resulted in best ever performances in many areas, despite the challenges of Covid Pandemic. He also congratulated the Federations for their continued cooperation and expressed hope that Railway employees will continue to work with the same dedication and cooperation to achieve even higher results. It was observed that Agenda Items of PNM/AIRF will be discussed and resolved fruitfully in this meeting.

CRB informed the Federation as under:-

Chairman, Railway Board congratulated all Railwaymen for their performance and hard work and also appealed them for even a better performance to achieve the targets and desired results.

Federation (AIRF) raised following points in their opening remarks during the meeting:-

Federation raised the issue of problems being faced by Railway employees in the matter of referring of patients for specialized treatments to referral hospitals by Zonal Railways. Board’s instructions regarding referral facilities for taking treatment from empanelled hospitals will be reiterated.

14/2014: AVC for the categories where there is no avenue of promotion of Group ‘B’ staff etc.

15/2015: Creation of posts of various categories of paramedical staff in Medical Department on the basis of yardsticks issued by the Railway Board.

Issue of yardsticks is under active consideration. This will be finalised within one month.

24/2016: Setting-up of dormitory for accommodation of companions of cancer patients sent to Tata Memorial Cancer Hospital, Mumbai from JRH(WR) and Byculla Railway Hospital(CR).

Position explained. Feedback in this matter to be taken up from the Zonal Railway. The item may be treated as finalised.

39/2016: Abrupt enhancement in per-capita charges for the treatment of staff and their family members employed in Railway Co-operative Thrift & Credit Societies/ Banks and other quasi-administrative offices, including Recognized Unions and Federations, for treatment in Railway Hospitals.

A detailed proposal will be submitted by Federation and the same will be considered in consultation with Finance Directorate.

Position explained. Federation demanded to provide adequate strength of the Doctors and Paramedical Staff in Divisional Railway Hospital, Bengaluru as early as possible. The item is under review.

Footnote below Item No. 58 of the Model SoP 2017 is being considered for amendment. The proposal has been sent to Finance Directorate for concurrence.

The matter will be examined and processed on receipt of proposal from Northern Railway.

The facilities of empanelling nearby Hospitals and Diagnostic Centres for providing emergency facilities will be explored.

AM(RS)
35/2018: Indiscriminate outsourcing plan of printing of books and forms used in the Railways.

Since the decision for closure of five Printing Presses has been deferred till March, 2023, the item will be discussed further.

AM(Signal)
23/2016: Development of the S&T Workshops in Indian Railways.

Modernisation of all the nine S&T Workshops is already in progress. Federation pointed out as regards modernisation in respect of S&T workshops at Pandu/NFR
which will be looked into.

The issue will be discussed with Federation separately.

ED(L&A)
(2/2022: Construction of the Railway Quarters for Running Staff at the locations where new Headquarters of Crew have been created.

Federation was informed that a letter has already been issued in this matter to Northern Railway on 10.06.2021. A copy of the same was shared with the Federation during the meeting. The matter is under review.

16/2022: Provision of an Auditorium for East Central Railway in Patna or nearby.

Position explained. Under Plan Head, Rs.55 crore has already been sanctioned to East Central Railway and the Zonal Railway can prioritise this work relating to construction of an Auditorium at Patna.

24/2022 : Provision of drinking water in Dhanbad Division of EC Railway.

East Central Railway have advised that supply of water through pipeline to Phaphrakund Magardaha and Mirchadhure Stations of Dhanbad Division will be started within a month.

Matter will be reviewed.

Relevant instructions have already been issued on 04.06.2021. Federation mentioned that the instructions are not being implemented on the Zones. Status of Zone-wise implementation may be provided to Federation.

20/2022: Coverage under Central Civil Services (Pension) Rules, 1972 in place of National Pension System, of those central government employees whose selection for appointment was finalized before 01.01.2004 but who joined government service on or after 01.01.200

Issues raised will be examined.

26/2022: Economy instructions – Further Economic Measures – Creation of posts with the approval of Department of Expenditure — Reg.

The issue has already been taken up with Ministry of Finance (Department of Expenditure) and their response is awaited.

EDPC-IIT
14/2022: Date of next increment under Rule 10 of Railway Services(Revised Pay) Rules, 2016 — Allowing another opportunity for exercising option

Cases will be provided by the Federation and examined. Thereafter, as required in
consultation with Finance Establishment, the matter will be referred to DOP&T.

ED(T&MPP)
13/2022: Annual review of essential categories for new assets/activities for smooth and safe operation of trains

The review of staff requirement on the basis of yardsticks for assessing actual requirement of staff in all the departments, is already under consideration. Divisions/Zones have been given power to redistribute posts from those areas from where posts can be spared. Redeployment of personnel also can be explored. The matter is under review.

30/2022: Reduction in the Training Period in case of Technicians appointed on Compassionate Ground as Apprentice Technicians Gr. III

This will be discussed separately with PED(HR).

Federation was advised that the specific case is sub-judice. Federation desired that the matter be taken up for separate discussion with the Chairman & CEO, Railway Board.

It was decided that special meeting will be convened involving EDE(N) & EDPC-II in this matter.

A joint meeting of Training & Technical Directorates will be held in this matter within a period of two months. This is also linked to PNM/AIRF Item No. 30/2022.

03/2013: Procedure for selection for promotion from GP Rs.1800 to GP Rs.1900 against Departmental Promotion Quota.

Position explained to the Federation. The item may be treated as finalised.

Position explained to the Federation. The item may be treated as finalised.

(4/2022: Promotion Policy for the Person with Disability – Case of 07 Persons with Disabilities of Lower Parel Workshop(Western Railway)

Letter already issued on 23.06.2022 to Western Railway. A copy of the letter was also shared with Federation during the meeting.

The matter is under examination in consultation with Electrical & Mechanical Directorates of Railway Board.

08/2022: 10% Lateral entry of trackmen in Level-1 to Mechanical Engineering, Transportation(Power) Department, Traffic & Commercial Departments and to works side of Engineering Department Revision of instructions of Para 179(xv) of IREM Vol-I.

11/2022: Recruitment against Cultural and Scout and Guide Quota

Matter is under examination.

12/2022: Payment of settlement dues to staff retiring from Construction Organisation

25/2022: Appointment on Compassionate Grounds – Cases of wards of the second wife

28/2022: Exemption of Single mother employees from the purview of periodical transfer to other stations

Sufficient care has been taken while implementing the scheme of periodical transfer. The single mother employee, if she holds a sensitive post, cannot be exempted from the scheme. However, as far as possible, she may be shifted to a different seat in the same place/adjoining area to avoid any hardship regarding ward’s school admission, safety of girl child, mental stress, etc. The instructions already issued in this matter will be reiterated.

EDPC-I
03/2022: Fixation of pay of School Teachers on allotment of Senior Grade/Selection Grade after completion of 12/24 years of service

10/2022: Regulation of MACP of employees transferred on reversion on request

DE(G)
22/2022: Retention of railway accommodation in the event of permanent absorption/ immediate absorption of Railway employees in PSUs/Societies-Review of policy.

To be discussed separately.

JDECW)
18/2022: Change in colour of the uniform of Nursing Staff of the Railway Hospitals

Suggestions received from the Zonal Railways as regards colour of uniform of nursing staff of Railway Hospitals will be shared with Federation to seek their views.

23/2022: Provision of Kendriya Vidyalaya with hostel facility at BRKA in DHN Division of EC Railway

Comments have been sought from East Central Railway.