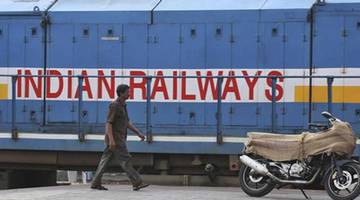 Fixation of pay of existing Group ‘D’ employees in PB-1 who are non-matriculate/ non-ITI as stipulated contained in Note I under Rule 7(1) of Railway Service (Revised Pay) Rules, 2008.

Railway Board has issued a circular regarding pay fixation for Group “D” employees.

2. On the basis of various references received from Zonal Railways and an Item being raised by NFIR on the issue the matter has been further examined in consultation with the Ministry of Finance keeping in view the stipulation contained in Note I under Rule 7(1) of Railway Service (Revised Pay) Rules, 2008 and it has been decided that those non-matriculate/ non-ITI Group ‘D’ employees, who were in service on the date of notification of Railway Service (Revised Pay) Rules, 2008 and retired/ expired or left service within six months of the notification of the Railway Services (Revised Pay) Rules, without being imparted training due to administrative reasons, may be placed in PB-1 with Grade Pay Rs. 1800/-

3. This issues with the concurrence of Finance Directorate of this Ministry.