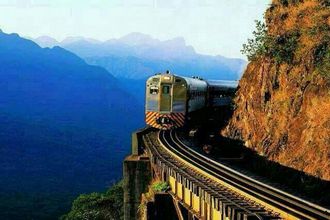 Travel Pass to Railway Employees after implementation of 7th Pay Commission – report – Regulation of entitlement of Passes & PTOs till issue of orders on the basis of Railway Services (Revised Pay) Rules, 2016.

Railway Board orders on Regulation of entitlement of Passes.

Sub: Regulation of entitlement of Passes & PTOs till issue of orders on the basis of Railway Services (Revised Pay) Rules, 2016.

2. Pursuant to the notification of Railway Services (Revised Pay) Rules, 2016, Railway servants shall draw pay in the Revised pay structure in the Level applicable to the post to which appointed, and the Grade Pay component has been done away with. The issue regarding linking of the Level of posts for pass entitlement on the revised pay structure is under consideration. Hence, till further orders, Grade Pay in the pre-revised scales i.e. 6th Central Pay Commission’s scale shall continue to be the basis for gradation and related entitlement on all kinds of Passes as well as PTOs.

3. In respect of persons appointed to different posts on or after 01.01.2016, the notional Grade Pay which they would have drawn in the pre-revised pay structure should be taken into account for fixing their pass entitlement.