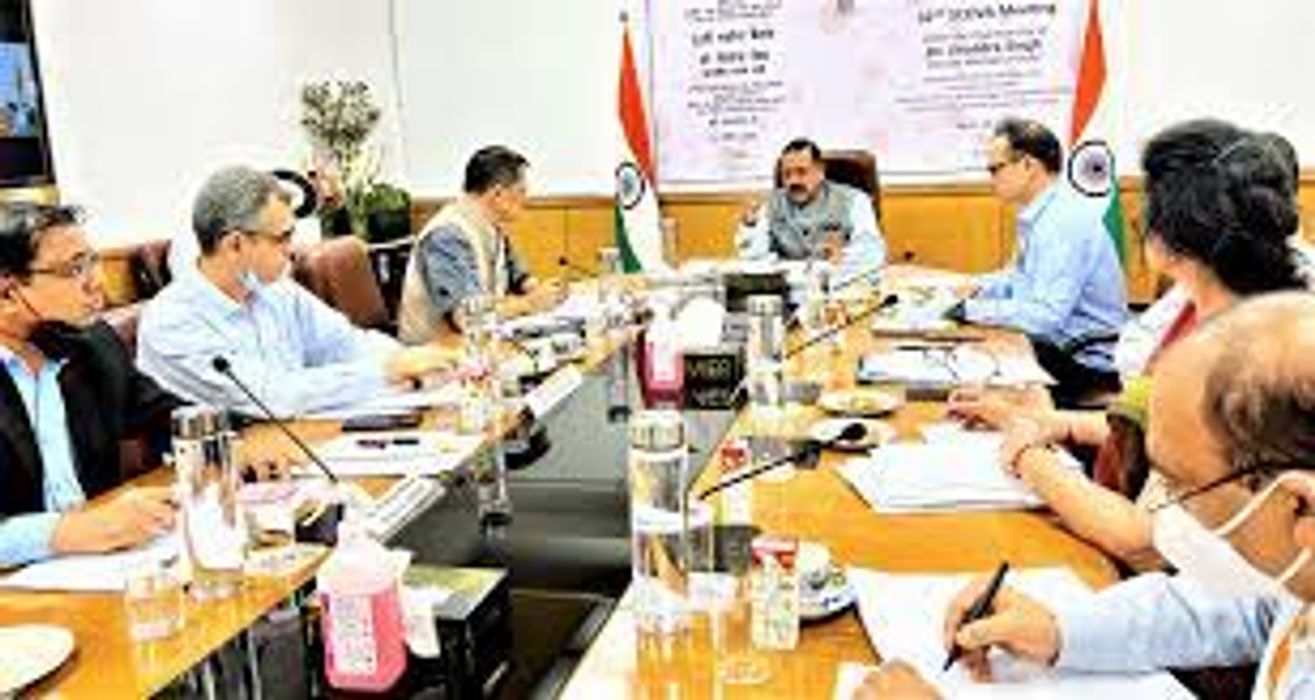 Portal will enable constant contact with pensioners and their associations across the country and will also regularly receive their inputs, suggestions as well as grievances for prompt response: Dr Jitendra Singh

Union Minister of State (Independent Charge) Science & Technology; Minister of State (Independent Charge) Earth Sciences; MoS PMO, Personnel, Public Grievances, Pensions, Atomic Energy and Space, Dr Jitendra Singh today announced setting up of Single Window Portal for benefit of pensioners and superannuated elder citizens. The Portal, he said, will not only enable constant contact with pensioners and their associations across the country but will also regularly receive their inputs, suggestions as well as grievances for prompt response.

Addressing the 32nd Meeting of Standing Committee of Voluntary Agencies (SCOVA) for Review and Rationalisation of Pension Rules i.e (CCS) (Pension) Rules, 2021, Dr Jitendra Singh said under Prime Minister Narendra Modi, several revolutionary changes were brought in since 2014 in Pension Rules for bringing “Ease of Living” to the common man.

Dr Jitendra Singh said, the objective of Common Pension Portal is to create a single window digital mechanism for pensioners to raise their grievances and get the same resolved without approaching different authorities in person. He said, all Ministries responsible to process, sanction or disburse pension dues, are interlinked to this system and grievances are forwarded after assessment to the concerned Ministry/Department for resolution. Pensioners as well as Nodal officer can view the status of the grievance online till disposal in the system.

Dr. Jitendra Singh said we need to emphasise making good use of the knowledge, experience and efforts of the retired employees which can help in value addition to the Department of Pension & Pensioners’ Welfare.

Dr Jitendra Singh said that Face Authentication Technique through Android phone for submission of life certificate digitally has been launched on 29.11.2021 and till date, more than 20,500 Life Certificates through face authentication have been done. Similarly, he informed that as on date total number of DLCs submitted by the Central Government Pensioners is around 1,07,75,980 /- since 2014. In 2021 total DLCs submitted till date is 19,80,977.

Dr Jitendra Singh said that the ‘Bhavishya’ platform, an integrated online pension processing system is at present being successfully implemented in the main Secretariat of 96 Ministries/ Departments including 813 Attached Offices. As on date, more than 1,50,000 cases have been processed ie. PPOs issued which includes more than 80,000 e-PPOs. The Minister also informed that Bhavishya 8.0 released in August, 2020 with a new feature to PUSH the ePPO in Digilocker. Bhavishya’ is the first application to use the Digilocker Id based PUSH Technology of Digilocker.

Dr Jitendra Singh directed the officials to create widespread awareness of the initiatives for the welfare of pensioners through official and social media channels.

Dr Jitendra Singh said, the earlier Pension Rules were notified 50 years ago in 1972. Since then, a large number of amendments to the CCS (Pension) Rules, 1972 have taken place. He said, in the light of such changes and several office memoranda clarifying different provisions of these Rules, the Department has brought out a revised and updated version of the Rules i.e. Civil Services (CCS) (Pension) Rules, 2021.

Dr Jitendra Singh clarified that the revised Rules do not make any changes in regard to entitlement of amount of pension, family pension or gratuity. However, the new Rules bring about several new policy and procedural improvements over the Central Civil Services (Pension) Rules, 1972. Also, some provisions in the old rules, which have become redundant over a period of time, have been omitted from the new Rules, the Minister added.

Secretary, Department of Pension & Pensioners’ Welfare, Shri V Srinivas also spoke about the recent reforms and initiatives of the Department.