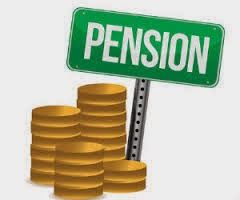 To
The Officer-in-Charge
ROs/ PAOs (ORs)

Subject: Grant of Liberalised family pension to widows who re-married before 01.01.1996- Instructions regarding.

Of late it has been observed that the complaints are being received from widow of Armed force personnel died prior to 01.01.1996 regarding non-payment of Liberalised family pension to the widows who were in receipt of LFP and subsequently LFP was stopped / converted into OFP due to her remarriage before 01.01.1996 with a person other than the real brother of her deceased husband. In terms of Gol, MoD letter no. 200847/Pen-C/71 dated 24.02.1972, the LFP sanctioned to widow was stopped and further converted into OFP after her remarriage with a person other than real brother of the deceased soldier.

In view of the above you are requested to review all the affected cases where LFP was not yet restored to widow as per Gol, MoD letter No.-1(1)/2001/D(Pen-C) dated 24 June 2005 by issuing afresh PPO. Such cases after review may please be sent to OI/C, G-4 section of this Office enclosing following documents:

i) Corr. LPC-cum datasheet along with the proforma (attached as annexure ‘A’ duly supported with sheet roll.

iii) A certificate regarding supporting/non-supporting of child (ren) countersigned by the zila sainik along with family details as per annexure B.

iv) An application from widow for restoration of Liberalised family pension

v) Last payment certificate by PRA, where date upto which Liberalized Family Pension was paid to widow and date of stoppage of Liberalized family pension is clearly mentioned.

Read / Download Liberalised family pension to widows who re-married before 01.01.1996