CPAO OM regarding Implementation of digitally Signed Pension revision authorities in 4 banks and trial run in another 25 Banks during 1st Fortnight of Feb 2016. 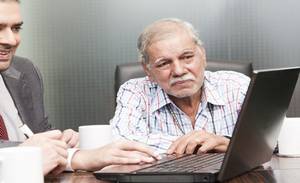 In this context all remaining banks were earlier already advised to complete their preparatory work and other formalities by the end of July, 2015 vide this office OM No. CPAO/Tech/e-PP0/2015-16/440-511 dated 03.07.2015. It is expected that all the banks are ready to accept the digitally signed e- authorities received from CPAO.

All Heads of Government Account Departments and CPPCs of the all the authorised banks are requested to ensure the implementation of e-Revision authorities as per schedule indicated above. All the Heads of CPPCs are requested to alert their Technical teams for making necessary provisions in their software, if not already done.