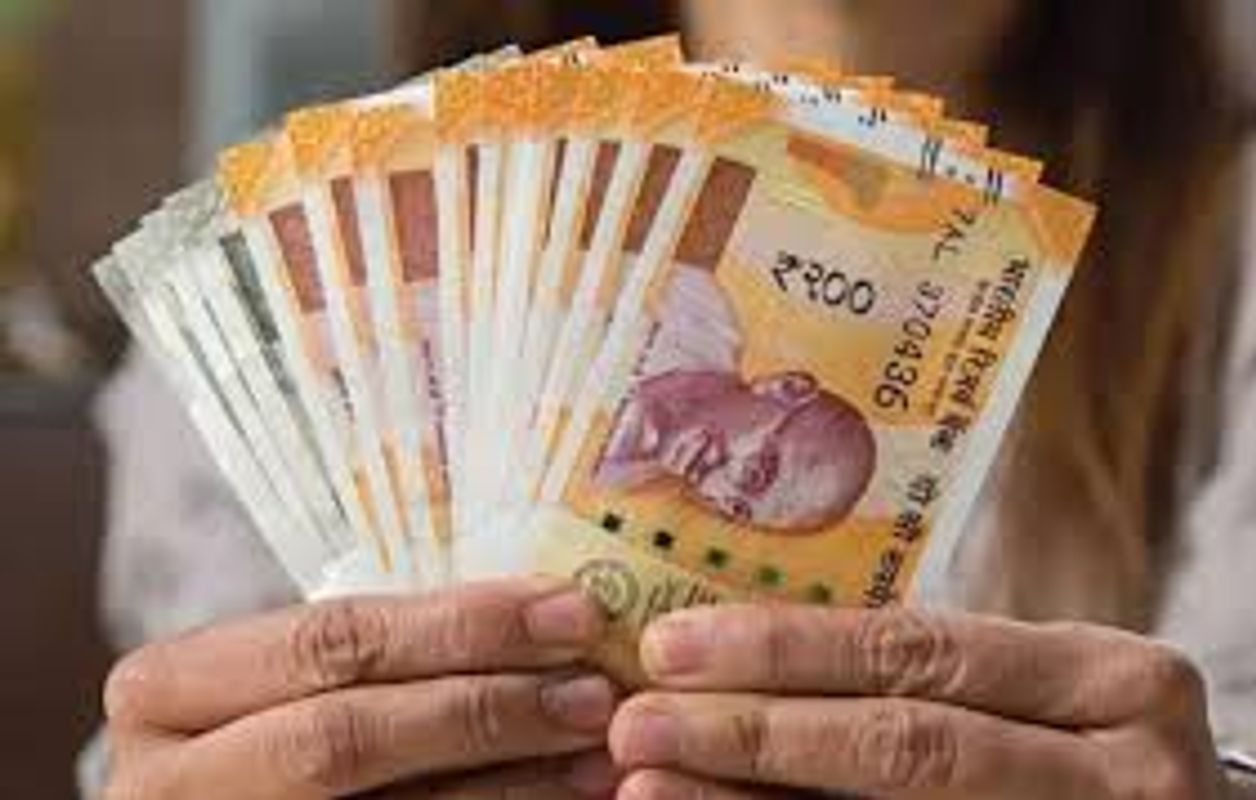 Appeal to grant Dearness Relief to the pensioners/family pensioners of Tobacco Board: BPS writes to Union Minister

Sub: Appeal to grant Dearness Relief to the pensioners/family pensioners of Tobacco Board

Sir, in response to our letter dated 6.12.2021 on the subject cited, based on the Commerce Ministry’s instruction, the Tobacco Board granted enhanced Dearness Relief from the existing rate of 17% to 28% of the basic pension, with effect from 1. July 2021,in terms of OM dated 22.7.2021 after a lapse of nearly 7 months, though the other CG pensioners and pensioners of Autonomous/Statutory Bodies of Central Government had got enhanced 11% Dearness Relief benefit just in a month’s time from the date of issue of order. We sincerely convey our thanks to you for enabling Tobacco Board pensioners in getting this 11% Dearness Relief just a month back that too after instruction from the Ministry.

At the same time, though all the pensioners/family pensioners of Central Government and also pensioners/family pensioners of Autonomous/ Statutory Bodies of Central Government, not only working under your administrative control, but also working under the administrative control of other Ministries have been subsequently granted 3% Dearness Relief in terms of OM dated 27.10.2021, it is very unfortunate that the Tobacco Board pensioners have not yet been granted this installment of Dearness Relief.

BPS understands that, though the Tobacco Board pensioners had tried to meet the Head of the Organisation, individually and also through their Association, the Head of the Organization had no courtesy to meet these senior citizens and who had served the organization for more than two to three decades, let alone solving their grievances either by himself or with the help of the Ministry, though there are clear instructions that the senior citizens should be treated with utmost respect and solving their grievances should be on top priority basis. We feel the officers dealing with these issues have forgotten that they will also become Sr. Citizen & pensioners as well one day & may have to face similar difficulties.

As the Tobacco Board Pensioners are being paid pension and other benefits in terms of CCS (Pension) Rules and they have also been paid Dearness Relief, as and when revised by the the Central Government, without any hassles, Bharat Pensioners Samaj the largest Federation of Pensioners Association in the country appeal to you to be kind enough to cause to issue necessary instructions to the Tobacco Board to release the Dearness Relief of 3% with arrears wef 01.07.2021 in terms of the Government Order dated 27.10.2021 without any further delay. We also request you to kindly consider issuing orders to all the Autonomous/ Statutory Bodies of CG working under your Ministry to implement the orders of the Government regarding pension/dearness relief, as and when, revised without approaching the Ministry for its approval, since their pension and other benefits are being in terms of CCS (Pension) Rules and also from out of the grants sanctioned under Consolidated Fund of India to the respective organizations so that the pensioners, who are senior citizens, need not run from pillar to post to get their legitimate benefits. 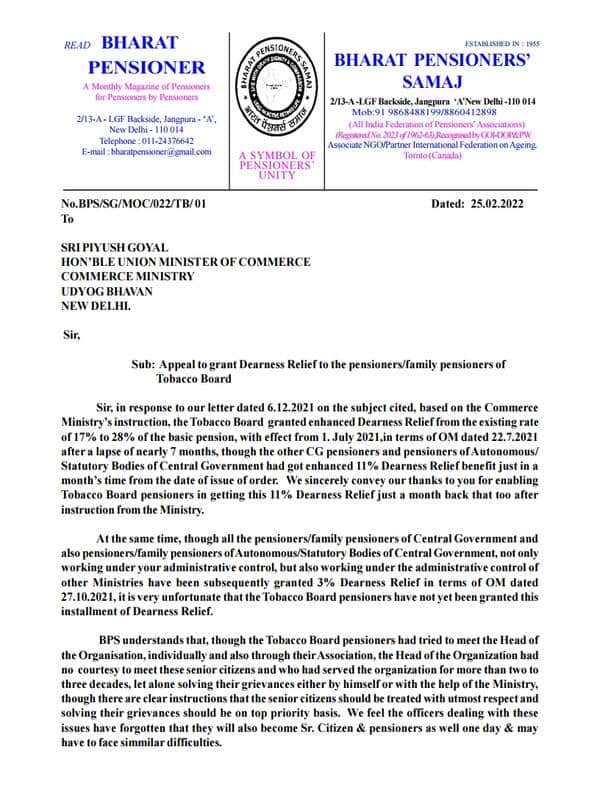 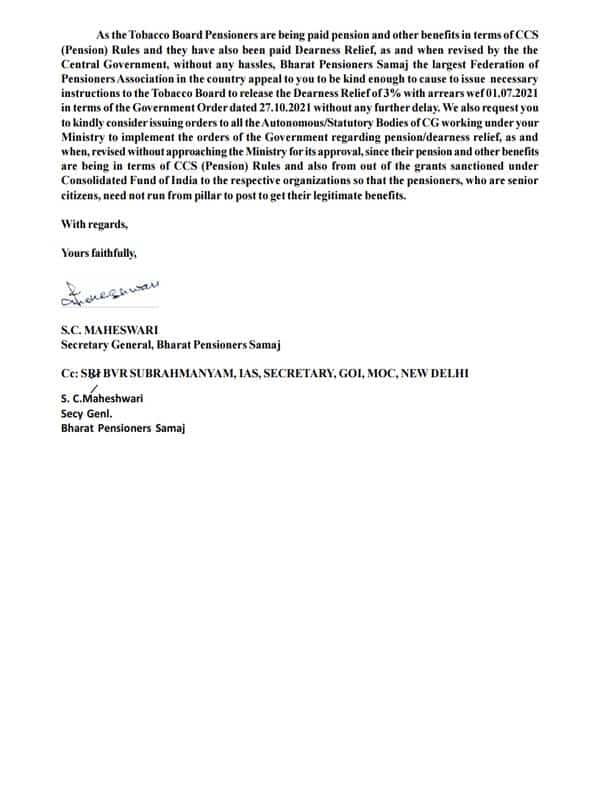