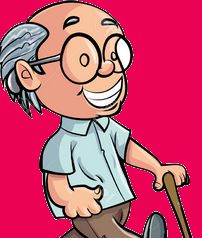 Subject:- Implementation of the recommendation of the 7th CPC – Option regarding commutation of additional amount of pension.

The undersigned is directed to state that in pursuance of Government’s decision on recommendation of 7th Central Pay Commission, orders have been issued for revision of provisions regulating pension/gratuity/commutation of pension etc. vide this Department’s OM 38/37/2016-P&PW(A) dated 04.08.2016. In para of the said OM, it has been mentioned that there will be no change in the provisions relating to commutation values, the limit upto which the pension can be commuted or the period after which the commuted pension is to be restored.

2. As per Rule 10 of CCS (Commutation of Pension) Rules, 1981, an applicant who has commuted a percentage of his final pension and after commutation his pension has been revised and enhanced retrospectively as a result of Government’s decision, the applicant shall be paid the difference between the commuted value determined with reference to enhanced pension and the commuted value already authorised. For the payment of difference, the applicant shall not be required to apply afresh.

4. In their application to the employees of Indian Audit and Accounts Department, these orders issue in consultation with Comptroller and Auditor General of India.