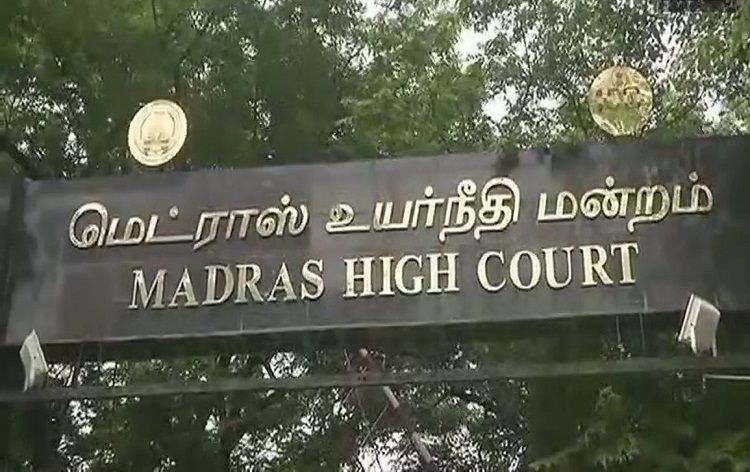 Granting notional increment for pensionary benefits to CG servants who have retired on 30th June/ 31st December of a year, in pursuance of the judgement dated 15.09.2017 of Hon’ble High Court of Madras in W.P. No. 15732 of 2017

Subject: References/ Representations/ Court cases for granting notional increment for pensionary benefits in pursuance of the judgement dated 15.09.2017 of Hon’ble High Court of Madras in W.P. No. 15732 of 2017 in the case of P. Ayyamperumal Vs Union of India & Ors-regarding.

The undersigned is directed to refer to references/ representations/ court cases/ VIP references, received in this Department in large numbers on the issue of granting notional increment for pensionary benefits to those Central government servants who have retired on 30th June/ 31st December of a year, in pursuance of the judgement dated 15.09.2017 of Hon’ble High Court of Madras in W.P. No. 15732 of 2017 in the case of P. Ayyamperumal Vs Union of India & Ors.

2. The issue has been examined in this Department in consultation with Department of Legal Affairs and it has been observed that the judgement dated 15.09.2017 of Hon’ble High Court of Madras in W.P. No.15732 of 2017 in the case of P. Ayyamperumal Vs Union of India & Ors. is ‘inpersonam’ in nature. A brief note reflecting the Government’s stand on this issue is attached as Annexure-1.

5. Accordingly, all Ministries/ Departments are, therefore, advised to dispose of all pending grievances seeking notional increment for pensionary benefits and also to defend the various pending Court Cases in this matter.

6. In their application to the persons belonging to Indian Audit and Accounts Department, these orders are issued under Article 148(5) of the Constitution and after consultation with the Comptroller and Auditor General of India.

All Ministries/ Departments of Government of India. Copy also forwarded to:-

Note on issue of granting a notional increment for pensionary benefits in pursuance of the judgment dated 15.09.2017 of Hon’ble High Court of Madras in W.P. No. 15732 of 2017 in the case of P. Ayyamperumal Vs Union of India & Ors.

Hon’ble High Court of Madras, vide Order dated 15.09.2017, allowed the W.P. No. 15732 of 2017 filed by Shri P. Ayyamperumal relying upon its earlier judgment dated 20.09.2012 in W.P. No. 8440 of 2011 M. Balasubramaniam Vs State of Tamil Nadu. The said case referred by Hon’ble High Court in the said judgement is related to the Fundamental Rules of Tamil Nadu Government whereas the case of petitioner Shri P. Ayyamperumal relates to Central Government Rules. As per the provisions under the Tamil Nadu Fundamental Rule 26(a), the annual increments of the Govt. Servants are regulated in four quarters viz. 1st January, 1st April, 1st July and 1st October. For the Central Government, the increment accrues annually on 1st July only (6th CPC scenario) [now 1st July and 1st January in 7th CPC scenario]. Hence, argument of petitioner is devoid of merits.

3. Further, in a similar matter, Hon’ble High Court of Andhra Pradesh at Hyderabad, in the year 2005, in the C. Subbarao case, has, inter alia, observed as under:

“In support of the above observations, the Division Bench also placed reliance on Banerjee case (supra). We are afraid, the Division Bench was not correct in coming to the conclusion that being a reward for unblemished past service, Government servant retiring on the last day of the month would also be entitled for increment even after such increment is due after retirement. We have already made reference to all Rules governing the situation. There is no warrant to come to such conclusion. Increment is given (See Article 43 of CS Regulations) as a periodical rise to a Government employee for the good behavior in the service. Such increment is possible only when the appointment is “Progressive Appointment” and it is not a universal rule. Further, as per Rule 14 of the Pension Rules, a person is entitled for pa y, increment and other allowances only when he is entitled to receive pay from out of Consolidated Fund of India and continues to be in Government service. A person who retires on the last working day would not be entitled for any increment falling due on the next day and payable next day thereafter (See Article 151 of CS Regulations}, because he would not answer the tests in these Rules. Reliance placed on Banerjee case (supra) is also in our considered opinion not correct because as observed by us, Banerjee case (supra) does not deal with increment, but deals with enhancement of DA by the Central Government to pensioners. Therefore, we are not able to accept the view taken by the Division Bench. We accordingly, overrule the judgment in Malakondalah case (supra).”