Increase in Bonus Limit to Rs. 7000 – Staff Side JCM urges for issue of executive orders / OM based on gazette notification for enactment of The Payment of Bonus (Amendment) Bill 2015 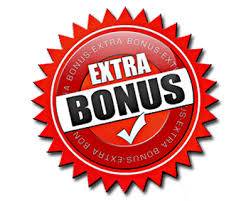 Shri.Shiva Gopal Mishra, Secretary, National Council (Staff Side), JCM has urged Department of Expenditure, Ministry of Finance for issue of executive Office Memorandum / orders based on Gazette Notification issued by Govt after payment of Bonus (Amendment) Bill 2015 was passed in parliament recently

Sir,
The Payment of Bonus (Amendment) Bill 2015 was passed by both the houses of the Parliament. The amendment provides that the existing Ceiling limit of Bonus for 30 days Rs. 3,500/- is enhanced to Rs. 7,000/- for 30 days. This amendment will take effect from 01.04.2014 (A copy of the Bill passed in the Parliament is enclosed for your kind ready reference).

You are aware that any change in Bonus Act would be an indicator while deciding the Payment of Bonus to the Central Government Employees. Accordingly, every time when Bonus Act is amended raising the payment ceiling limit, it is extended to Central Government Employees also. This issue was also raised by the Staff Side in the Standing Committee Meeting of National Council (JCM) held on 09th October, 2015.

An earlier and favorable action is solicited.