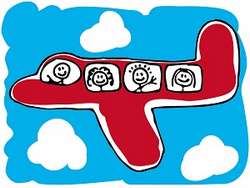 F.No. G-14019/2/13-Cash
Government of India
Ministry of Personnel, Public Grievances and Pensions
Department of Personnel & Training
North Block, New Delhi
Dated : 7th October, 2014
CIRCULAR
Subject : Non submission of Boarding Pass for settlement of T.A. Claims
Difficulties have been expressed by various quarters in production of original boarding passes along with T.A. Claims from time to time. The matter has been considered and it has been decided with the approval of the competent authority that in order to simplify the procedure of settlement of T.A. Claims, the condition of submission of Boarding Pass alongwith settlement of T.A. claim is dispensed with.
2. However, the officer concerned, preferring Travelling Allowance, will have to attach an undertaking along with T.A. claims that the journey, as mentioned therein, has actually been performed by him/her. Other requirements, as per the established procedures will continue to be followed.
3. Notwithstanding above, in case of extreme doubt, the controlling officer may be asked to verify the genuineness of the claim.
4. Air tickets should be purchased only from the authorized travel agent of this Deptt. i.e. M/s Balmer Lawrie & Co. Ltd and at the cheapest rates after comparing the available fare from the websites of travel agents of repute. If cheaper rates are available directly from Air India, the same can also be bought.
5. The frequent flyer reward points from Air India may only be redeemed for the official tours of the Deptt.
6. This issues with the approval of Secretary (P).
(Shri Prakash)
Director (Admn.)