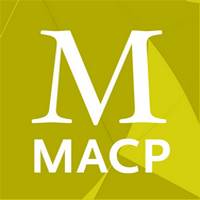 Ever since, the MACP scheme was introduced in 2008, confederation and the JCM staff side has been demanding promotional hierarchy instead of grade pay hierarchy. Govt, instead of considering this genuine demand, suddenly issued orders imposing “very good” bench mark condition for MACP. The JCM staff side was not even consulted. JCM staff side, secretary wrote a letter to cabinet secretary on 28-07-2016 as follows:

“The Govt. has accepted one of the adverse recommendations of 7th CPC without holding any consultation with the staff side. The recommendation of the 7th CPC regarding bench mark for performance appraisal for promotion and financial upgradation under MACPs, to be enhanced from “Good” to “very good”, has been accepted by the Govt. without considering the implication on the morale of the Central Government employees… We are of the firm opinion that Govt. should reconsider their decision on the above issues and we request you to kindly withdraw the same.”

Subsequently the case was discussed in the JCM standing committee meeting also on 25-10-2016, as an agenda item given by staff side. Inspite of all these, the Government is not ready to withdraw or modify the orders.

This shows the attitude of the BJP led NDA Govt. towards JCM staff side and Central Govt. employees.

The National Anomaly Committee was constituted on 09-09-2016. Two meetings are held to discuss the anomaly regarding calculation of Disability Pension for Defence force personnel. As per the definition of anomaly notified by the Government no genuine “anomaly” can be termed as “anomaly”. Hence the JCM staff side has demanded to modify the definition of anomaly, as defined in earlier National Anomaly Committees constituted by Govt. at the time of previous pay commissions. But till this day, Govt. has not conceded the request of the staff side.
Source : Confederation