Subject: Proposal of bringing Railway employees and the Government employees with Spouse in Indian Railway under the ambit of LTC.

2. The Pay Commission’s recommendations and views of this Department are as under:

3. Ministry of Railways is requested to give their views/comments on the above. 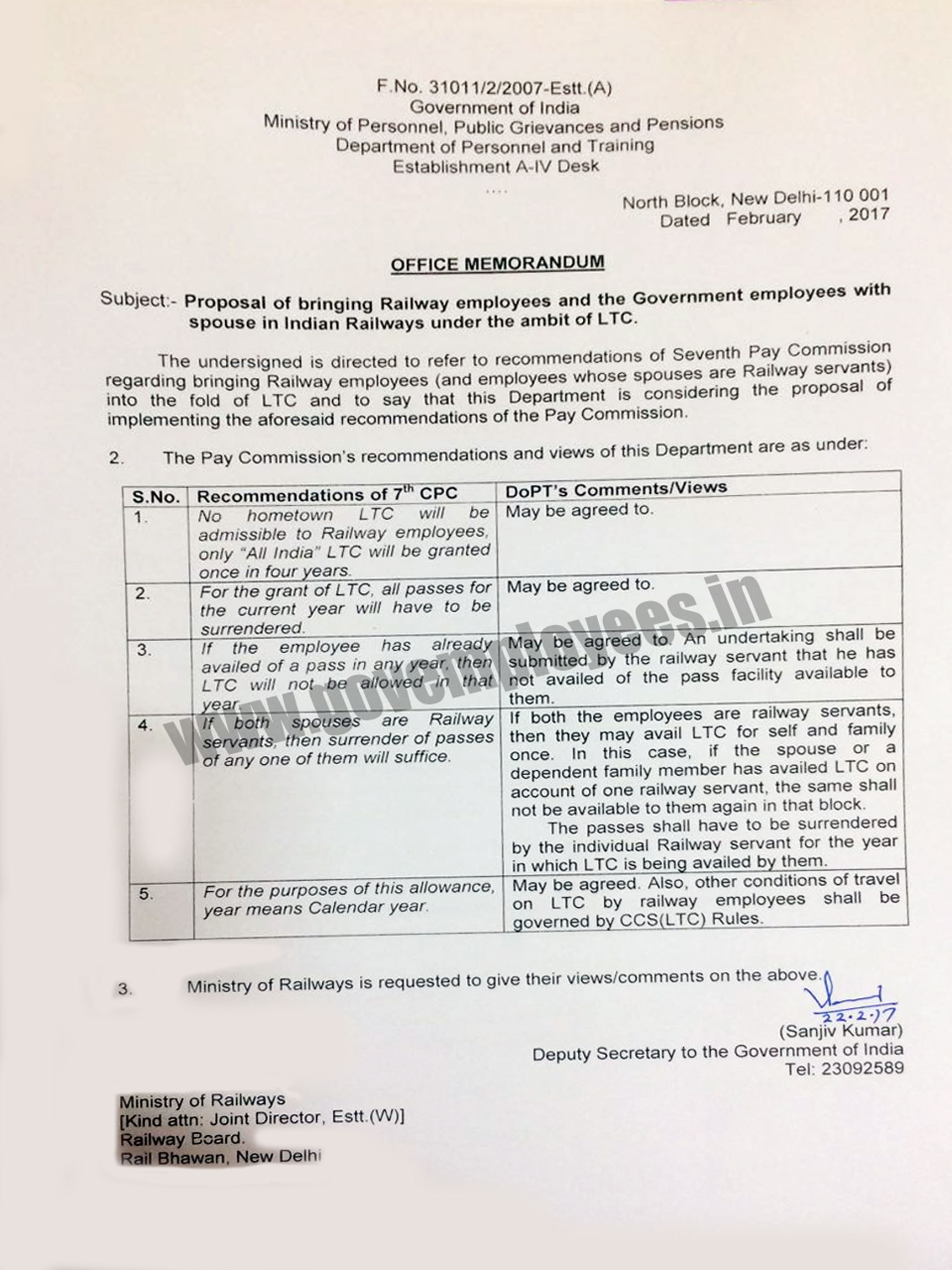