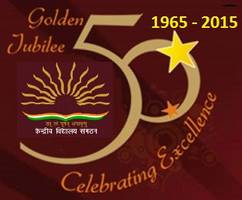 Consequent upon the approval of the Board of Governors of KVS in the 103rd Meeting held on 30th October, 2015, the existing quota of 06 (six) children for admission in Kendriya Vidyalayas on the recommendation of Hon’ble Members of Parliament during each academic session under the Special Dispensation Scheme is enhanced from 06 to 10 (ten) with effect from the next academic session, i.e. 2016-17.

The Revised Scheme of Special Dispensation Admission for Members of Parliament comes into vogue with effect from the academic session 2016-17 with the following features:

For Members of Rajya Sabha , the State from which the member has been elected would be deemed to be her/his constituency for this purpose.

Nominated members of Rajya Sabha and Lok Sabha can recommend 10 cases for admission in any one or more Kendriya Vidyalaya(s) of the country.

2. These admissions shall be over and above the class strength.

3. These recommendations would be made for all classes except Pre-primary and classes X and XII.

5. The recommendations to be made shall be valid only if these are made in the prescribed coupon/format provided to each Members of Parliament by(Hq). Recommendations sent in any other format/manner shall not be considered.

6. The children recommended by Hon’ble Members of Parliament must be otherwise eligible for admission as per the extant KVS Admission Guidelines.