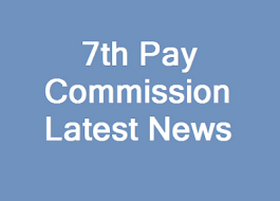 Minutes of the Meeting held on 2nd February 2016

Brief of 4th meeting of the Empowered Committee with staff side on 30.03.2016

Now, as per media reports, the next meeting of 7th Pay Commission related Empowered Committee of Secretaries has been fixed on 11th June 2016 under the Chairmanship of Mr.P.K.Sinha, Cabinet Secretary to Government of India.

The Empowered Committee may finalize its report on 7th Pay Commission recommendations by 30th of June 2016 and submit the same to the PMO and Union Cabinet for approval.

As reported earlier, Prime Minister’s Office is very much interested in providing reasonable increase in pay and allowances to the Central Government Employees. Though it could not be confirmed, Media reports hints minimum pay at Rs. 24,000/- and maximum at Rs. 2,70,000/-

However, sources close to Finance Ministry officials reports that Minimum Pay would be Rs. 20,000 as against Rs. 18,000 recommended by 7th Pay Commission.

The present Minimum Basic Pay at entry level is Rs. 7,000 (6th CPC minimum pay) and along with Dearness Allowance at the rate of 125%, the total minimum entry pay in Civilan Central Government Services as on date is Rs. 15,750

In the mean time, financial experts including RBI have warned that implementation of 7th Pay Commission recommendations will set an inflationary trend in the economy and affect the funding by Govt for Infrastructure and Capital spending.

In this background, let’s keep our fingers crossed for additional increase in the pay and allowances of Central Government Employees over and above the recommendations of 7th Pay Commission.