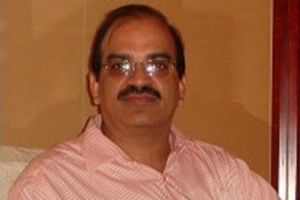 CBSE chief Rajesh Kumar Chaturvedi was on Thursday given the additional charge of chief of the implementation cell of the Seventh Central Pay Commission.

Chaturvedi will serve as Joint Secretary in the cell for three months or till appointment of a regular incumbent, an order issued by Department of Personnel and Training said.

The implementation cell was set up by the Finance Ministry in November last year. As per the Ministry’s order, the cell is to be headed by Joint Secretary with the help of nine other staff.

The Union Cabinet had last month accepted almost all the recommendations of the pay panel.

Chaturvedi, a 1987 batch IAS officer of Madhya Pradesh cadre, was recently appointed as the Chairman of the Central Board of Secondary Education (CBSE).

In June, Finance Minister Arun Jaitley told a press conference that the government had decided to “by and large” accept the recommendations.
Source: Indian Express