NJCA took a decision to defer the indefinite Central Government Employees strike planned from 11th July 2016, after Govt assured that it would form a committee to review the increase in Minimum Wage and Fitment Formula demanded by employees.  Though decision to defer strike was taken based on consensus among constituent members of NJCA, some of the members and employees raised concerns over the decision.  Responding to these members,    Mr.M.Krishnan, Secretary General, Confederation of Central Government Employees, replies as follows.
Dear Comrades,

We are in receipt of messages and emails from our grass root leaders and workers conveying their concerns over the decision of NJCA to defer the indefinite strike. Comments are circulated in other social medias like whats app etc. also. As it is not practically possible to reply to all the queries and comments, to put the record straight, we are clarifying below the common points raised by most of our comrades and well-wishers. We sincerely thank all those leaders, comrades and well-wishers, who have conveyed (and still conveying) their views, opinions, criticisms and concerns to the confederation CHQ.

1. CONVEYING THE DEFERMENT OF THE STRIKE EVEN BEFORE THE NJCA FORMALLY ANNOUNCED IT:

NJCA has taken serious note of this incident and shall take precautionary measures in future. 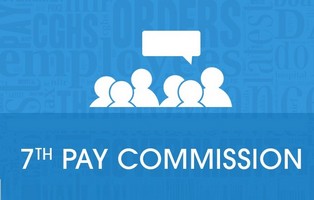 2. WHETHER IMPLEMENTATION OF THE CABINET DECISION ON 7TH CPC RECOMMENDATIONS WILL BE DELAYED FURTHER FOR FOUR MONTHS

The question of keeping in abeyance the implementation of the Cabinet decision on 29th June 2016 regarding 7th CPC recommendations, till the High Level Committee submits its report to Govt, was discussed in the NJCA meeting. It is decided that NJCA should not demand it, as the employees may be put to hardship, especially those who are in the verge of retirement. Com Shiv Gopal Misra, Convenor, NJCA has confirmed from the Finance Ministry that Govt notification on 7th CPC recommendations is under process and it will be issued shortly, payment may be made from August salary.

3. WHAT IS THE DIFFERENCE BETWEEN EMPOWERED COMMITTEE CONSTITUTED EARLIER AND THE NEW HIGH LEVEL COMMITTEE?

The new High Level Committee is the product of the discussion held by Group of Ministers including Home Minister, Finance Minister and Railway Minister with NJCA leaders after announcement of the Cabinet decision, in the wake of an impending indefinite strike. Govt is compelled to appoint the new Committee, as the decision taken by the Govt on the proposals submitted by the Empowered Committee headed by Cabinet Secretary (details of proposals of ECoS is not known to staff side) is not acceptable to the NJCA. Hence the new Committee shall be to reconsider the decision of the Govt. especially regarding minimum wage and fitment formula. Inspite of the assurance of the Groups of Ministers that the Committee is being constituted to reconsider the Govt. decision, if the Govt. again reject our demand, the NJCA have to reconsider its stand and deferred strike shall be revived.

All allowances including HRA, transport allowance, fixed medical allowance to pensioners etc. are referred to a committee headed by Finance Secretary. Committee shall submit its report within four months. Pending final decision based on the report of the Committee, all existing allowances to be paid as per the existing rates in existing pay structure. Govt. may try to deny arrears of revised rate of allowances by implementing it from prospective date as in the past. This issue will be further discussed by the NJCA with the proposed Committee.

5. WE WOULD HAVE GOT A BETTER SETTLEMENT IF NJCA HAS GONE AHEAD WITH THE INDEFINITE STRIKE

All of us are aware that NJCA is not a monolithic, composite organization. It is a united forum of independent organisations. Each Federation has its own identity and individuality and take decision as per the direction of the managing bodies of each organization. Hence different views may emerge in the NJCA, but final decision is taken by consensus. If each organization stick on to its own stand and others to follow it, there is no question of consensus and NJCA will not exist.

With all its inherent weakness and limitations, the NJCA has successfully challenged the NDA Govt’s stand that there is no negotiation with the staff side on the 7th CPC recommendations. Govt. thought that once the Cabinet decision is announced unilaterally, followed by unleashing of well-orchestrated media propaganda that big bonanza is given for Central Govt. Employees, the NJCA will be forced to withdraw its indefinite strike decision. But the calculation of the Govt went wrong. NJCA took a firm stand that unless and until the retrograde recommendations especially minimum wage and fitment formula is modified, there is no question of withdrawing the strike. All the Federations are firm on this demand which ultimately compelled the Hon’ble Prime Minister to intervene. (NJCA has written to Hon’ble Prime Minister for intervention even before the Cabinet decision, but the Govt. ignored the NJCA’s appeal at that time). As per the direction of the Hon’ble Prime Minister, Hon’ble Home Minister Sri Rajnath Singh, Finance Minister Sri Arun Jaitly and Railway Minister Sri Suresh Prabhu discussed the main issues raised in the Charter of demands with NJCA leaders, and assured that Govt. will appoint a High Level Committee to reconsider the decision of the Govt., especially on minimum pay and fitment formula. This assurance was given with the approval of Hon’ble Prime Minster.

Inspite of it, the NJCA has not deferred the strike and insisted written confirmation of the assurance regarding constitution of High Level Committee. Again Hon’ble Home Minister Sri Rajnath Singh called the NJCA leaders and reiterated the earlier assurances and informed that the Finance Minister will issue a press statement confirming the assurance given to NJCA. Only after receipt of the copy of the press statement issued by the Finance Ministry, NJCA has deferred the strike till the finalization of the report of High Level Committee.

As the Hon’ble Prime Minister of our country has intervened and as three Cabinet Ministers of Govt. of India discussed the demands with NJCA leaders and gave assurance that the demands, especially minimum pay and fitment formula will be reconsidered, and as the Home Minister has again reiterated the assurances to NJCA leaders and Finance Minster has issued press statement confirming the constitution of High Level Committee, the NJCA felt that before embarking upon an indefinite strike which is the last weapon in the hands of the workers, we should give time to the Govt. to implement the Minister’s assurances given as per the direction of the Prime Minister and honour its commitment given to NJCA leaders. NJCA taking a stand that we don’t believe the Ministers and their assurance and shall go ahead with the strike, may not be taken in good spirit by the general public and the media. In case the Govt. backs out from its assurances, the NJCA has got every right to revive the deferred indefinite strike.

Com. Shiva Gopal Mishra, Convenor, NJCA has made it clear in the circular issued on 7th July 2016, which reads as follows: –

“Though there is positive assurance from the Govt. of India, but all of you will not take rest and assume counseling the cadre and ground staff that they should remain in full preparedness, because if there will not be SATISFACTORY OUTCOME, we will be having no alternative except to agitate the issues again.”

6. WHAT ABOUT PARITY IN PENSION? WILL IT BE IMPLEMENTED AS THERE IS A CLAUSE IN THE GOVT DECISION THAT THE PROPOSED COMMITTEE WILL EXAMINE THE FEASIBILITY OF IMPLEMENTATION OF THE OPTION No I, ie PARITY IN PENSION TO PAST PENSIONERS

This issue was raised before the Group of Minister by Com. K. K. N. Kutty, who is also the Secretary General of NCCPA (National Co-ordination Committee of Pensioners Associations). It was pointed out to the Finance Minister that even though the Govt. has decided to accept 7th CPC recommendation to have two options to pensioners, it is qualified with the words “subject to feasibility.” The Finance Minister categorically assured the delegation that the Govt. has accepted the recommendations in toto and the Pension Department has only been asked to sort out the difficulties in implementation of the Option-No-I, if any.

7. WHAT ABOUT DEMANDS OF THE GRAMIN DAK SEVAKS, AS NJCA IS MORE CONCERNED WITH MINIMUM PAY FITMENT FORMULA ONLY

Any increase in the minimum pay and fitment formula for departmental employees (MTS, Postman & PA) will be extended to Gramin Dak Sevaks also proportionately as the GDS Pay Scales are decided based on the pay scales of corresponding category of departmental employees. So, the demand to increase minimum pay and fitment formula of MTS, Postman and PA is equally important for GDS also.

As regards, civil servant status the NJCA has raised this demand before the Govt and 7th CPC. Even though the 7th CPC Chairman, Retired Justice Ashok Kumar Mathur has informed the JCM staff side leaders he will not consider the GDS case as they are not included in the terms of reference of the Commission, the Chairman gave a very damaging recommendation to the Govt. that GDS are not Civil Servants but they are part – time employees and Extra-departmental agents. He further stated that all the GDS are having another main independent income from another source and GDS job is only a side-business. NJCA leaders have raised the issue of GDS before the Cabinet Secretary’s Committee and also before the Group of Ministers. We shall again raise the issue before the proposed high level committee also. Govt. has constituted a separate committee for GDS under the Chairmanship of Retired Postal Board Member Sri Kamalesh Chandra. NFPE, AIPEU-GDS and Confederation has submitted detailed memorandum before the Committee and Secretary General NFPE Com. R. N Parashar, General Secretary AIPEU-GDS Com, P. Panduranga Rao along with other leaders has given evidence before the GDS Committee demanding Civil Servant status. The GDS committee will submit its report before December 2016. Further NFPE and AIPEU-GDS has filed a case in the Supreme Court for grant of Civil Servant status. Supreme Court has transferred the case to Delhi High Court which in turn transferred it to Principal Bench of Central Administrative Tribunal, Delhi. The final argument of the case will take place on 25th July 2016. NJCA, Confederation, NFPE and AIPEU – GDS are jointly trying their level best to get justice to three lakhs Gramin Dak Sevaks of the Postal Department. If the GDS Committee report is against the GDS, then definitely NJCA and Confederation will be fully supporting the agitational programmes of NFPE & AIPEU-GDS including indefinite strike.

The main hurdle is the policy of the NDA Govt. as the Communication Minister of NDA Govt. has rejected our demand for grant of Civil Servant status to GDS.