After 7CPC itself announced in last week of June 2015 to the effect that it has started finalising the report to be submitted to the Govt, News on 7th Pay Commission has started becoming popular.

It would be Needless to say all Government Employees would be interested in 7th CPC report. Though common man may not show much interest in the elaboration and technicalities of 7CPC report, he/she will also be curious to know the quatum of increase in Pay of Central Government Employees in General. At the same time, a common man will always be depending on various News media such as News Prints and Television channels to get these type of news.

But we could see that Pay Commission related news provided by News Media nowadays are misleading in the sense that they are only projecting the number of times the pay was hiked by previous Pay commissions and likely hike by 7th Pay Commission.

Missing information will always be misleading 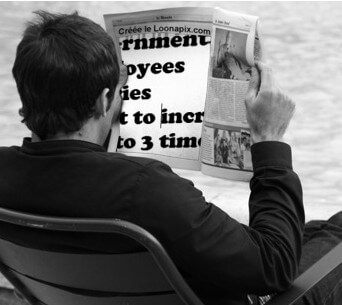 For instance, it was reported by a daily news paper recently, which was quoted later by many blogs that Govt Salaries are set to increase by 2 to 3 times and that 6th Pay Commission suggested 3 times increase in Salaries. It was also reported that 5th CPC recommended 2.6 times in increase in pay of lower Grade Officials.

A common man who is reading this news would be easily mislead and he/she would come to a conclusion that Salary of Government Employees was increased by 3 times by 6th CPC.

But the factual informations such as 86% of basic Pay paid as Dearness Allowance separtely was merged with Pay and increase in pay by 1.86 times is only because of merger of DA with Pay, are missing in this media report.

It is not expected that a news item should report all the intricacies of a pay commission report. But the fact that the net increase in the Pay of Central Government Employees after implementation of 6th Pay Commission report which was around 25% and 40% for most of lower / middle level employees and Higher level employees respectively, should have been correctly reported in the public interest.  This net increase in Pay was made effective from 01.01.2006 after 10 years as the earlier pay revision for Central Government Employees was made on implementation of 5th CPC in 1996.

Even this net increase in pay was only due to introduction of a new pay head called Grade Pay and as far as pre-revised basic Pay is concerned (now called as Pay in Pay band) there is no real increase except merger of DA with Pay.

The above facts can easily be verified by using the GConnect 6th Pay Commission Calculator, link of which is given below. We can easily verify from the arrears report which will be generated after we select pre-revised Pay Scale and a basic Pay (with in the range of this pay scale) that Pre-revised Basic Pay as on 01.01.2006 and 6CPC revised Pay in Pay Band as on 01.01.2006 are one and the same. 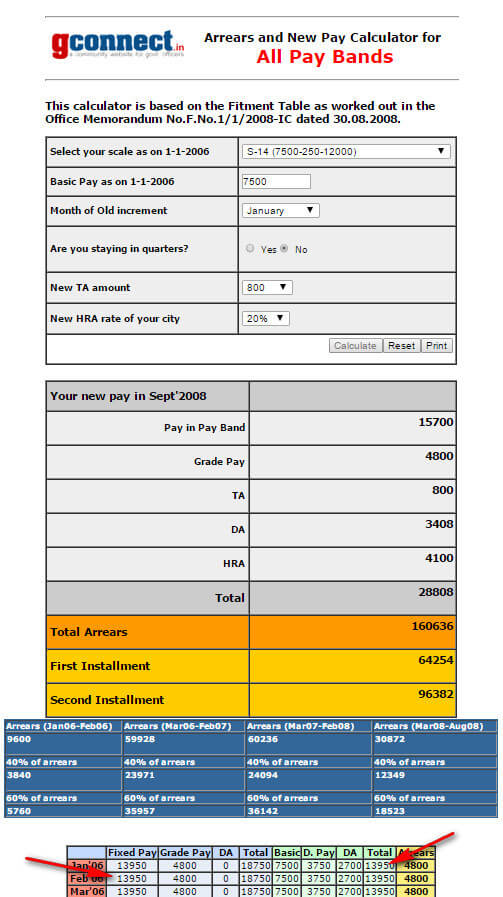