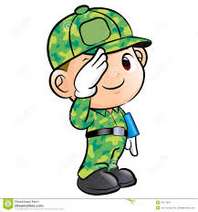 7th Pay Commission – These conclusions are, however, equally applicable to civilian employees of the government who are similarly placed.

7th Pay Commission recommendation – For the first time, the Indian Army chief and his counterparts in the IAF and the Navy will draw more salary than the top general and equivalent in the US based on purchasing power parity (PPP) terms when the recommendations of the 7th Central Pay Commission are implemented.

A comparison drawn by the Institute for Defence Studies and Analyses (IDSA), a defence ministry think tank, on the pay packets of Army chiefs and equivalent in the US, the UK and India said a general and equivalent in the US was paid $181,500 per annum (in PPP terms). The salary in the UK for similar ranks was $269,868. In India, the three services chiefs, who enjoy pay equivalent to the Cabinet secretary, received $140,520.

If the recommendations of the 7th pay commission are implemented, the Indian Army chief’s annual salary will jump to $189,482 (in PPP terms), almost $8,000 more than what a general and equivalent ranks draw in the US. The huge salary hikes will apply equally to civilian officers too.

The purchasing power parity conversion factor, used worldwide to compare income levels in different countries, is “the number of units of a country’s currency required to buy the same amounts of goods and services in the domestic market as a dollar would buy in the US”.

The pay panel observed, in light of protests by the three Service chiefs asking for more money and perks, that “defence service officers and JCO/ORs in India, based on 6th CPC pay scales, are placed quite well in terms of pay, even in relation to defence personnel in countries like US and UK, where the GDP per capita in PPP terms for the country as a whole is significantly higher than that of India”.

These conclusions are, however, equally applicable to civilian employees of the government who are similarly placed. The pay panel’s analysis did not take into account the augmentation of pay being recommended by the 7th CPC.

The IDSA, an autonomous institution funded by the government, was in 2015 commissioned by the Pay Commission to study how well the military and the generals were paid.