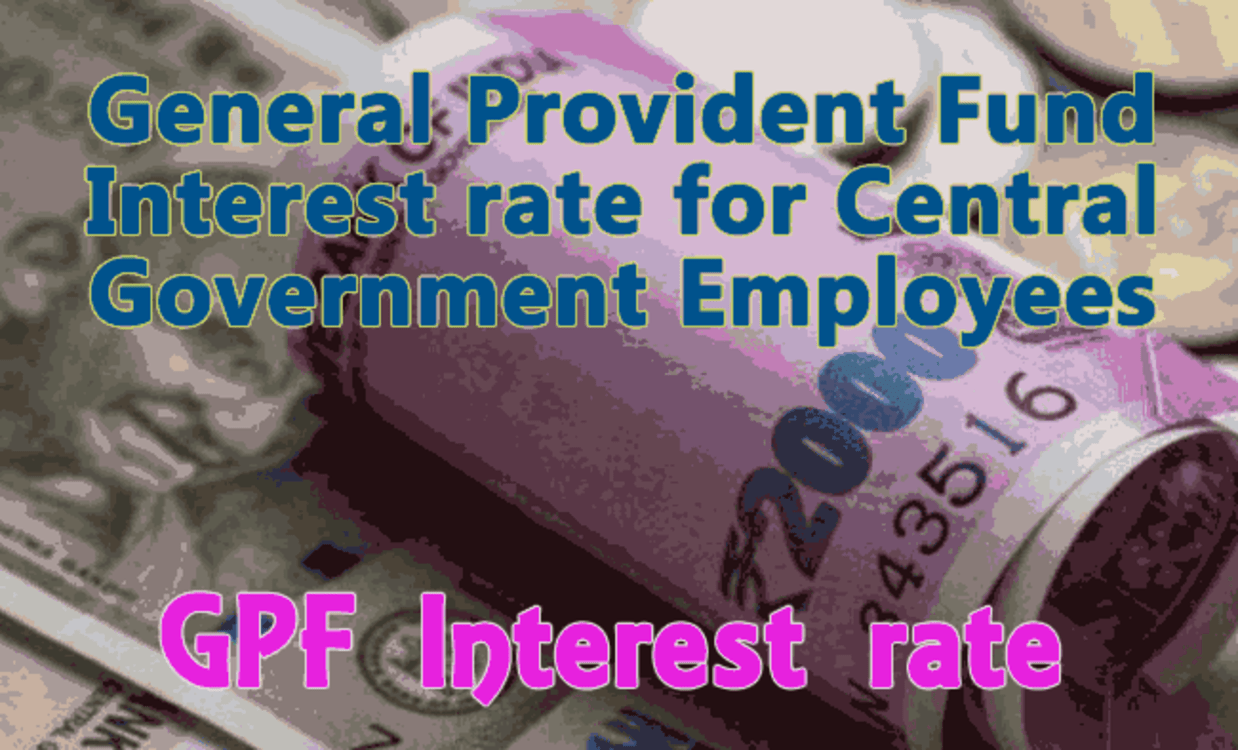 (TO BE PUBLISHED IN PART I SECTION 1 OF GAZETTE OF INDIA)
F.NO. 5(4)-B(PD)/2021
Government of India
Ministry of Finance
Department of Economic Affairs
(Budget Division)

It is announced for general information that during the year 2022-2023, accumulations at the credit of subscribers to the General Provident Fund and other similar funds shall Carry ‘interest at the rate of 7.1% (Seven point one percent) w.e.f. 1st January, 2023 to 31st March, 2023. This rate will be in force w.e.f. 1st January, 2023. The funds concerned are:

2. Ordered that the Resolution be published in Gazette of India.

(Ashish Vachhani)
Additional Secretary to the Govt. of India

1. Comptroller & Auditor General of India and all offices under his control.
2. Chairman, Pension Fund Regulatory and Development Authority.
3. Controller General of Accounts (10 copies).
4. Ministry of Personnel Public Grievances and Pension (Pension Unit/All India Services Division).
5. Financial Adviser of Ministries/Departments (6 copies).
6. Chief Controller of Accounts/Controller of Accounts of Ministries/Departments.
7. Controller General of Defence Accounts.
8. Finance Secretary of all State Governments and Union Territories. ,
9. Secretary to Governors/Lt. Governors of all States/Union Territories.
10. Secretary Staff Side, National Council of JCM.
11. All Members, Staff Side, National Council of JCM.
12. NIC – For uploading on webhost.