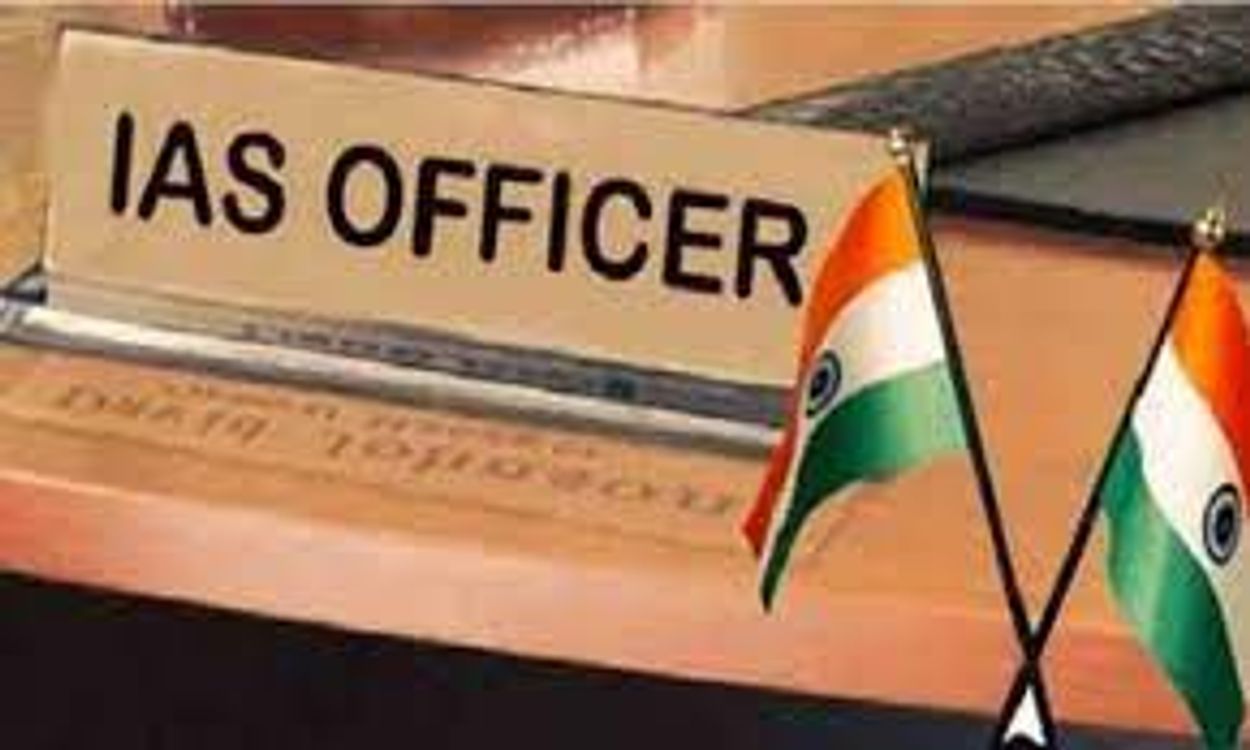 Subject:- Appointment of IAS Officers as Assistant Secretary in the Central Secretariat for a period from 11.07.2022 to 07.10.2022 – terms and conditions of appointment-regarding

The undersigned is directed to refer to this Department’s order No. 21/02/2022-CS.1(P) dated 19.05.2022 regarding temporary exclusion of 180 posts of Section Officer’s grade of CSS for a period from 11.07.2022 to 07.10.2022 to enable appointment of IAS Officers of 2020 batch in the Central Secretariat and to convey the approval of the competent authority for the following terms and conditions in respect of IAS Officers proposed to be appointed.

(i) The Officers of 2020 batch on expiry of Phase-II Training at LBSNAA on 08.07.2022 will be placed at the disposal of Central Government.

(iv) The Officers will not be entitled to joining time on their relieving at LBSNAA on 08.07.2022 to join their allocated Ministries/Departments except the transit time during the weekend on 09.07.2022 and 10,07.2022. The pay for the transit time will be paid by the Central Government.

(v) At the time of their relieving from the Central Government, Officers are allowed joining time to join their cadres. The joining time pay will be borne by the respective cadres.

(vi) Though the appointment of these Officers in the Central Secretariat is for a period from 11.07.2022 to 07.10.2022, it has not been treated as temporary transfer. Their appointment has been treated as Central Deputation. In view of this, in relaxation of provisions of Rule 114 of Supplementary Rules, they will be granted one time composite transfer grant which is equal to 80% of one month’s basic pay only.

(vii) In case an Officer, who does not have a family or whose family does not intend. to join him in New Delhi during Central Deputation or where family of the officer was residing with the officer at Mussoorie, the officer himself/herself or he/she and his/her family, as the case may be, instead of travelling directly to New Delhi travelled to their Home Town or some other place in India, the claim for Travelling (Mileage) Allowance in respect of the officer and family members, wherever applicable, in these cases would be restricted to the fare of the entitled class from Mussoorie to Delhi.

(viii) In case the family of the officer was not residing with him/her in Mussoorie and was residing either at Training District or Home Town/any other place in India, the claim of Travelling (Mileage) Allowance in respect of the officer and family would be on actual basis restricted to the admissible fare of the entitled class for the journey from the Training District to New Delhi, whichever is less.

(ix) They will report to Joint Secretary (Admn.) of the Ministry/Department to which they are allocated.

(x) Pay Fixation: Pay Fixation of the Assistant Secretaries will be as per the IAS(Pay) Rules 2016. Pay will be paid on the basis of LPC. In the absence of LPC, pay will be fixed provisionally on the basis of pay slip for the previous month furnished by the officer. In the absence of both, pay will be fixed provisionally by granting two increments to the minimum of the pay of the Pay Matrix Level 10- Rs.56100-177500 as the officers have already completed two years of service as on 11.07.2022.

(xii) Medical Facilities: The Officers will be entitled to CGHS facilities. CGHS cards will be issued to them/their dependents through the concerned Ministries/Departments.

(xiii) Central Deputation on Tenure Allowance (CDTA): The Officers will be paid CDTA @10% of basic pay, subject to a ceiling of Rs. 9000.

(xiv) House Rent Allowance: The accommodation to be provided to the Officers by Ministry of Housing and Urban Affairs is being allotted in the name of DOP&T. It will be assigned to individual officers by Ministry of Housing and Urban Affairs. As a special case, the entire rent/tariff charged by M/o H&UA for this accommodation will be borne by DOPT. Officers assigned the accommodation shall not be granted any HRA during the entire period of deputation even if they surrender the assigned accommodation midway. However, the officers who have initially made their own arrangements for stay shall be paid HRA @ 27% of basic pay i.e. the rate applicable to Delhi.

(xv) Identity Card: ID cards will be issued to them centrally by DOPT in coordination with the Ministry of Home Affairs and handed over to the Ministry/Department concerned for distribution among the allotted officers.

(xvi) Record Sheet: Ministries/Departments will maintain record sheet for the officers, which will be forwarded to the respective State Governments on their relieving for merger with their service book.

(xvii) Leave: Officers are advised not to avail any leave considering the short period of appointment.

(xviii) APAR: APAR may be recorded by the respective Ministries/Departments in SPARROW as per the extant instructions on the matter.

(xx) Intimations under Conduct Rules: Ministries/Departments concerned will take on record intimations, if any furnished by the officers, with a copy to the cadre concerned.

(xxi) No other allowances like Briefcase allowance would be admissible.