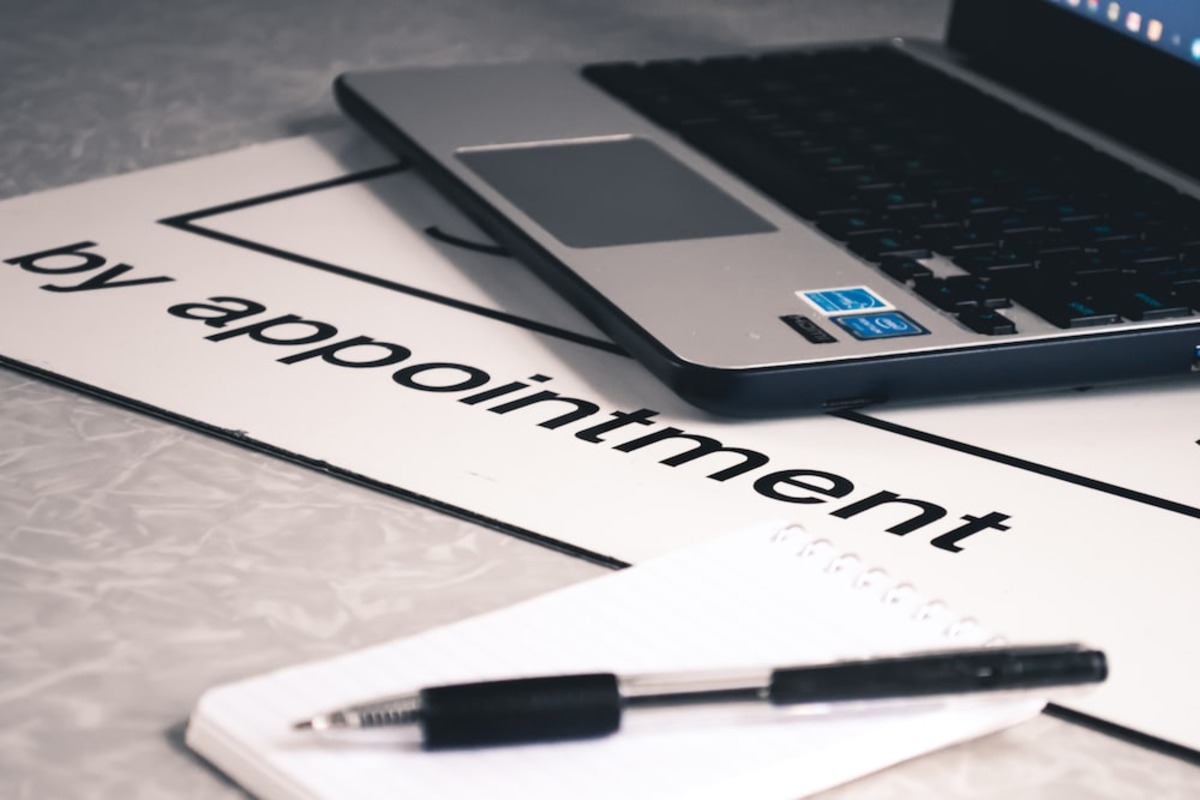 Subject:- Guidelines on procedure for appointment of Chief Vigilance Officers (CVOs) in Central Public Sector Enterprises (CPSEs) and other organizations under central Ministries/Departments.

The undersigned is directed to refer to this Department’s O.M. No. 372/7/2016-AVD-III dated 28th April, 2017, O.M No. 40/2/2018-EO(MM-CVO) dated 01.07.2019 and 01.07.2021 regarding guidelines/procedure for appointment of Chief Vigilance Officers (CVOs) in Central Public Sector Enterprises (CPSEs) and other organizations under central Ministries/Departments as well as clarifications on their eligibility of pay & allowances and to inform that the aforesaid guidelines have been consolidated as under:-

A. Tenure of CVOs

(i) The posts of CVOs in CPSEs and other organizations under central Ministries/Departments shall be filled up on deputation basis and these will be Non-Central Staffing Scheme posts.

(ii) The tenure of appointment of CVOs in a CPSE/organization shall be for a period of three years which is extendable by another 2 years subject to the overall combined limit prescribed for central deputation and/or being away from the cadre, as issued by Department of Personnel & Training (DoPT) from time to time.

(iii) The initial tenure of 3 years as CVO in a CPSE/organization is extendable for a further period of 3 years on lateral transfer to another CPSE/organization with prior concurrence of CVC subject to the overall combined limit prescribed for central deputation and/or being away from the cadre, as issued by DoPT from time to time.

(iv) Officers already on central deputation on a Central Staffing Scheme (CSS) post would normally be appointed for a minimum residual tenure of 3 years. Applications of such officers should be forwarded with the approval of the Minister-in-charge of the Ministry/Department in which the officer is posted and should reach DoPT at least a year before the expiry of tenure of the officer on the Central Staffing Scheme post.

B. Category of Officers who may apply

Following categories of officers may be applying for the post of CVOs:-

(i) Officers of the All India Services;

(ii) Officers of the Government of India subject to their satisfying the eligibility conditions as prescribed in Para 2(C) below;

(iii) Officers of Central Public Sector Enterprises (CPSEs) as per their eligibility.

(i) The following categories of officers would be considered for appointments to the posts of CVO’s at Joint Secretary level:

a) Only those officers (i) drawing their pay in the scale of Senior Administrative Grade (SAG) in their cadres and, (ii) whose batches (of service to which the officers belongs) have been empanelled to hold the post of Joint Secretary in Government of India or have completed 19 years of service.

b) Officers of the All India Services (AIS) and Organised Group-A Services who have been drawing pay in the SAG scale in their cadre continuously for 3 years.

c) Officers of the CPSE’s, who have completed 20 years on Group-A equivalent posts in a CPSE and are holding posts drawing pay equivalent to SAG in their organizations.

(ii) Officers of Organised Group-A Services and officers working as Director in the Government of India may apply for Director level posts, if they have completed 14 years of Group-A service and have been granted Non-Functional Selection Grade (NFSG) in their respective cadre. For officers of the CPSE’s, only those who have completed 14 years on Group-A equivalent posts in a CPSE and are holding posts drawing pay equivalent to NFSG in their organizations would be considered for appointment to posts of CVOs at the level of Director.

(iii) Officers of Organised Group-A services and officers working as Deputy Secretaries in the Government of India may apply for Deputy Secretary level posts, if they have completed 9 years of Group-A service. For officers of the CPSE’s, only those who have completed 9 years on Group-A equivalent posts in a CPSE and are holding posts drawing pay equivalent to Junior Administrative Grade (JAG) in their organizations would be considered for appointment to posts of CVOs at the level of Deputy Secretary.

(iv) Officers will be considered based on their past experience including experience in Personnel, Administrative Vigilance, Investigation, Legal and Public Procurement matters etc.

(v) The Bench Mark for selection would be at least “Very Good” in the APAR Grading of the last 5 years and the integrity should be beyond doubt.

(vi) Officers whose batches (of the service to which the officer belongs) have been empanelled to hold the posts of Additional Secretary in the Government of India or equivalent shall not be considered for the posts of CVOs.

(vii) The officers coming directly from the cadre should not be more than 54 years of age as on 1st April of the financial year in which the applications are being considered.

(viii) However, where the extension of deputation is sought through lateral shift or from an existing posting under CSS or non-CSS post to posting as CVO, age limit may be considered to be fixed at 56 years instead of 54 years.

(ix) Officers, against whom any major or minor penalty was imposed in their careers as a result of disciplinary proceeding, are not eligible for applying for the posts of CVOs.

(x) The officers should have completed the requisite ‘cooling off’ period in their parent cadre before they are recommended for appointment as CVO.

(xi) Consequent to their selection to the post of CVO, if an officer does not join within the prescribed time, his appointment would be treated as cancelled and the officer concerned would stand debarred from all kinds of central deputation (including Central Staffing Scheme) for a period of five years from the date of issuing orders of his/her appointment. Further, the officer would also be debarred from being given cadre clearance for being deputed on foreign assignments/consultancies abroad during the period of debarment. However, before debarring an officer a notice shall be issued to him/her through the Cadre Controlling Authority (CCA).

(xii) The cadre authorities as well as the officer shall also be required to indicate choice of location only (and not CPSEs/Organizations) while sending their applications.

(xiii) Even though officers will be asked to give their choices of stations/locations of posting for being considered, Government reserves the right to final decision in the matter.

(i) Officers willing to be posted as CVOs will submit online applications as are done for the CSS. The portal will have facilities for exercising the option to apply for (a) CSS only (b) CVO only or (c) both for CVO and CSS posts.

(iii) Such applications would be forwarded to CVC for clearance including clearance on suitability for ‘select organizations’.

(iv) Once cleared by CVC, such officers will be retained on “CVO offer list” for appointment. The offer list of CVOs will be maintained by Establishment Officer (EO) on the lines of CSS offer list, for placing it before Civil Service Board (CSB) along with the list of vacancies existing/likely to arise in near future.

(v) The Selection to the post of CVO will be undertaken following the Civil Services Board (CSB) procedure. For Deputy Secretary/Director level posts, orders for appointment will be issued by the EO with the approval of MOS(PP). For JS level posts the same procedure will be followed as is being followed for appointments of Joint Secretaries under the Central Staffing Scheme.

(i) Officers appointed as CVO at Joint Secretary level, Director level and Deputy Secretary level would only draw pay at Level-14, Level-13 and Level-12 of the Pay Matrix (7th CPC) respectively according to the level at which they have been working in the cadre and their allowances, benefits, perks & perquisites would be accordingly governed.

(iii) The CVOs would not be entitled to any Performance Related Pay (PRP).

(vii) The status of the CVOs in a CPSE would continue to be as ‘Functional Director’ of the CPSE including residential accomodation at that level, travel facilities, stay while on tour etc. However, monetization of such incentives would not be allowed. For example, if an officer claims HRA the same would be as per his parent cadre.

(viii) Officers of CPSEs posted as CVO would be allowed to draw pay of their parent cadre. They would also be eligible to draw allowances as per their entitlement in parent cadre excluding PRP.

F. Procedure to be followed for extension of initial tenure of three years

(ii) The proposal should be submitted to DoPT along with the concurrence/comments of CVC at least 3 months prior to completion of tenure of the officer.

(iii) In cases where the proposal is not sent within the stipulated time, an explanatory note will have to be submitted by the Administrative Ministry/Department along with the delay statement.

(iv) In all cases, the CVO will be relieved after expiry of the three years tenure, if the order of Competent Authority for extension of tenure is not communicated before the tenure ends.

(a) The Establishment Officer, in cases where the officers want to avail off the benefit of promotion in their cadres;

(b) By the Establishment Officer with the approval of the Cabinet Secretary in cases of compassionate/personal grounds where the officer has a balance tenure of six months or less left.

However, if an officer wants to prematurely repatriate to the cadre on personal grounds or his/her services are required by the Cadre Controlling Authority and his/her case is not covered by any of the provisions mentioned above, and the repatriation is approved by the Competent Authority as under the Central Staffing Scheme, it is stipulated that the concerned officer’s name will be entertained for retention in the offer list for a future deputation only after the officer has completed the prescribed period of ‘cooling off’ in his/her cadre, after the expiry of the unfinished tenure of his/her deputation on the post held by him/her at the time of his/her premature repatriation. So, the ‘cooling off’ period will be reckoned not from the date of his/her actual repatriation but from the date he/she would have finished his/her normal deputation term. If, however, the officer is recalled by the State Government for appointment as Secretary to Chief Minister/Governor, or for being appointed as Chief Secretary, he/she would not be subjected to the extended ‘cooling off’ period.

(ii) If the officer appointed as CVO has to be repatriated pre-maturely due to administrative reasons, such as inadequate performance and/or lack of integrity or such other serious grounds, such proposal, when referred to by the CVC, will be submitted for the approval of Competent Authority by the Establishment Officer for repatriation with the condition of extended ‘cooling off’. In case, the proposal is initiated by the Administrative Ministry/Department or suo-motu by DoPT, the comments of CVC would be obtained before processing further by Establishment Officer, for approval of the Competent Authority with the condition of extended ‘cooling off’.

I. Association of CVOs with departmental duties, handling sensitive matters.

The vigilance functionaries should not be a party to processing and decision-making process or in other similar administrative transactions of such nature, which are likely to have clear vigilance sensitivity.

(i) Once an officer has worked as a CVO in a particular CPSE/organization, he/she shall not be considered for the post of CVO in the same organization for another term.

(ii) An outsider officer appointed as CVO in any CPSE shall not be permanently absorbed in the same organization on expiry or in continuation of his/her tenure as CVO in that organization.