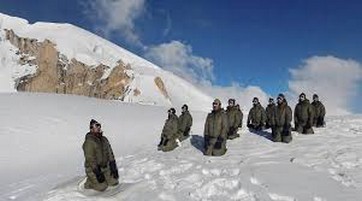 Armed Forces to get 10% Arrears before October 30 – The defence ministry has said a “pending issuance” of the pay commission notification has been sanctioned by the president on ad-hoc basis.

The defence ministry has said a “pending issuance” of the pay commission notification has been sanctioned by the president on ad-hoc basis. The arrears will be 10 percent of the current pay drawn by the soldiers, which would be calculated from January 2016.

This means all the soldiers are set to receive roughly one month’s salary. The government is trying to ensure that the arrears are reflected in salary slips before October 30 (Diwali).

According to media reports, the army, navy, and the air force personnel (unlike the civil service) have neither received their arrears arising out of the pay-commission order, nor have their new salary scales come into force. The delay is due to the three service chiefs’ intervention seeking correction in the anomalies in the compensation structure for the forces.

The service chiefs have said that the services will not implement the pay commission’s recommendations until and unless the anomalies, which include those related to disability and pay pensions, are resolved.

Media reports indicated that the government has notified of a new set of rules for granting disability pensions to the armed forces. The new pension calculation method replaces the decade-old system put in place by the sixth pay commission (CPC) according to which, the pensions arising by disability aggravated by military services/wars were calculated on percentage basis on the last pay drawn.