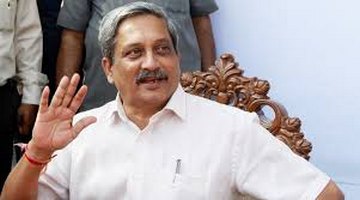 7th Pay Commission Latest News – A New Hope for defence personnel! – “I have interacted with the three service chiefs and discussed the concerns of the forces. The concerns will be addressed in the near future,” he said. 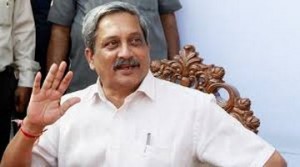 There is a good news for the defence personnel as the ministry has sought a fresh analysis of the concerns raised by the Army, Navy and the Air force- over the recommendations of the seventh pay commission.

The government has studied representations from the armed forces vis-a-vis the 7th Pay Commission and their concerns will be addressed “in the near future”, Defence Minister Manohar Parrikar said.

“I have interacted with the three service chiefs and discussed the concerns of the forces. The concerns will be addressed in the near future,” he said.

The concerns include the way in which pensions were calculated on the basis of number of years put in at a particular rank.

Another grudge is the risk-hardship matrix. While a soldier posted in the Siachen glacier gets Rs. 31,500 as allowance per month, a civilian bureaucrat draws 30 per cent of his salary as “hardship allowance”.

About the One Rank One Pension (OROP) issue, he said concerns of ex-servicemen will be addressed by a one-member judicial committee headed by L Narasimha Reddy, a retired chief justice of the Patna High Court.

Mr Parrikar said the Modi government had fulfilled its promise on the OROP which had been implemented after 43 years.

We have already issued a table of various pensions as per the OROP scheme,” said the Defence Minister.

“The community of retired servicemen is large; one formula cannot solve all issues. Any contentious issues will be referred to the one-man committee,” Mr Parrikar said.

As for the protesting ex-servicemen’s stand on approaching the court on the OROP issue, the minister said: “Fundamentally, every person has the right to approach a court.

“To the best of our understanding of the issues, we have fulfilled our promise,” he asserted.

Furthermore, he said that the expenditure on OROP of Rs.7,500 crore each year was much larger than what the previous government had allocated for the scheme. The arrears total of Rs.10,900 crore.

The previous government had allocated Rs.500 crore for the OROP.

The service chiefs had earlier written to Parrikar highlighting various aspects of the Pay Commission report which the military felt was a “let down”.