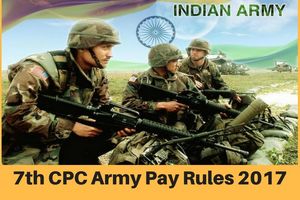 Subject: Grant of Extra Work Allowance (abolition of existing Flight Charge Certificate Allowance) – decision of the Government on the recommendation of the Seventh Central Pay Commission.

I am directed to refer to MoD letter No.1(54)/2008/D(Pay/Services) dated 04.11.2008 and Department of Expenditure OM No.12-3/2016-E.III(A) dated 20.07.2017 and to say that consequent upon the decision taken by the Government on the recommendations of the Seventh Central Pay Commission vide Ministry of Finance Resolution No.11-1/2016-1C, Flight Charge Certificate Allowance has been abolished as a separate allowance and the President is pleased to decide that the eligible personnel shall now to be covered under a New Extra Work Allowance which shall be governed as under:-

(a) Extra Work Allowance will be paid at a uniform rate of 2% (two percent) of the basic pay per month.

(b) An employee shall receive this allowance for a maximum period of one year, and there should be minimum gap of one year before the same employee is deployed for similar duty again.

(c) This allowance should not be combined, i.e., if same employee is performing two or more such duties and is eligible for 2 percent allowance for each add-on, then the total Extra Work Allowance payable will remain capped at 2 percent of basic pay.

(d) The other terms and conditions would continue to be applicable along with their admissibility (unless otherwise stated) as mentioned in MoD letter dated 04.11.2008 and otherwise.

Joint Secretary to the Govt of India