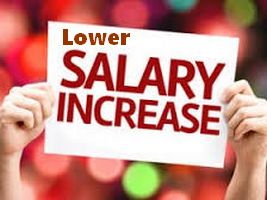 An implementation order on the Seventh Pay Commission for military personnel was issued by the Defence Ministry early this week. However, with key anomalies raised by the Services remaining unaddressed, the three Chiefs of Staff are likely to seek the intervention of Prime Minister Narendra Modi.

While the Seventh Pay Commission has been implemented for civilian government employees, the separate order required for the defence services was not issued as the Chiefs of Staff had written to Defence Minister Manohar Parrikar and Mr. Modi over discrepancies that were not cleared by the empowered committee appointed to look into concerns.

“While the small concerns have been taken care of, the major concerns put forward have not been addressed,” sources in the defence services said.

The commission’s recommendations had disconcerted the Services as they were equated on a par with the Central Armed Police Forces (CAPF), which they said reduced their status. “The notification corrects the issue of parity,” one official said.

As per procedure, the three Services have to now issue individual service instructions. “The process is likely to take 15 to 20 days and the new salary would be reflected in this month’s salary,” the official added.

The three Chiefs of Staff were on Wednesday given detailed presentations on the implications of the implementation in its present form. While the exact course of action is yet to be finalised, the chiefs are likely to seek Mr. Modi’s intervention and have the issue addressed by the Group of Ministers (GoM).

“They will speak to Mr. Parrikar and are likely to write to Mr. Modi that the matter be taken up by the GoM,” sources said.

The services had on several occasions raised four key issues in addition to others, which they perceive reduce the status of the armed forces with respect to their civilian counterparts. These relate to the Non Functional Upgrade (NFU), NFU pay fixation, Military Service Pay (MSP) and the common pay matrix for civilian and military services.
Source : The Hindu